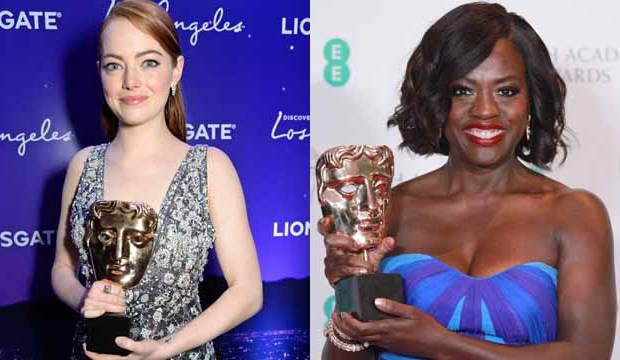 We asked if Viola Davis would have won over Emma Stone had she contended up in lead actress and a resounding 71% of you said that she would have prevailed. That was where we thought Davis was going to contend when we launched the prediction center last summer. But in the fall, she decided to drop down to supporting and immediately became the frontrunner in that race.

Davis won the Tony Award for playing this same part in the 2010 rialto revival of the August Wilson play. For the initial Broadway production of this domestic drama back in 1987, Mary Alice (who originated the role of Rose), won Best Featured Actress in a Play (the equivalent of the supporting category at the Oscars).

But for the 2010 revival, Davis won the Best Actress in a Play race. While both actresses were billed below the title — which usually signals a supporting performance — in 2010 the administration committee ruled that the role was really a leading one.

So, the question is whether Davis would have won the Oscar race for Best Actress this year. Vote in our poll below.