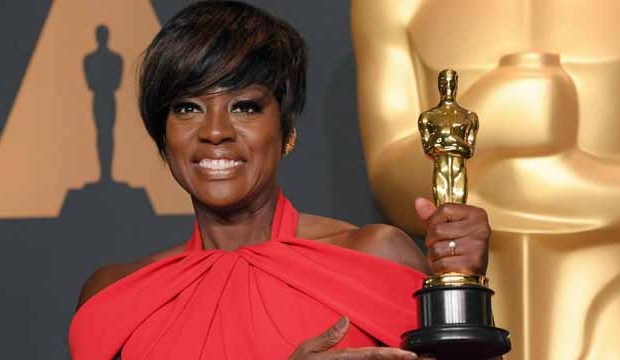 Viola Davis can start building fences around the other Best Supporting Actress Oscar winners of the 2010s, as she has now been voted the top winner of the decade. 30% of Gold Derby readers chose Davis as their preferred Best Supporting Actress champion of this decade, for her devastating performance as suffering wife Rose Maxson in 2016’s “Fences.”

It was a close race for second, but Patricia Arquette (“Boyhood”) emerged with the placement with 17% of the vote. Next up were Anne Hathaway (“Les Misérables”) and Lupita Nyong’o (“12 Years a Slave”) with exactly 15% apiece. Then there was Octavia Spencer (“The Help”) who garnered 13% of votes. Further down we had Melissa Leo (“The Fighter’) earning 6% while Alicia Vikander (“The Danish Girl”) brought up the rear at 4%.

Davis is our most recent Best Supporting Actress winner, and with that Oscar she became the 23rd performer in history to earn the Triple Crown of Acting (winning the Oscar, the Emmy, and the Tony). She is now just a Grammy away from the elusive EGOT club, and with a voice like hers it’s easy to imagine her picking up a Best Spoken Word Album Grammy.

Her nomination for “Fences” also made Davis the most nominated black actress in Oscar history, at three. She was previously nominated in Best Supporting Actress for her brief but powerful role as Mrs. Miller in 2008’s “Doubt” and Best Actress for playing good-hearted maid Aibileen Clark in 2011’s “The Help.”