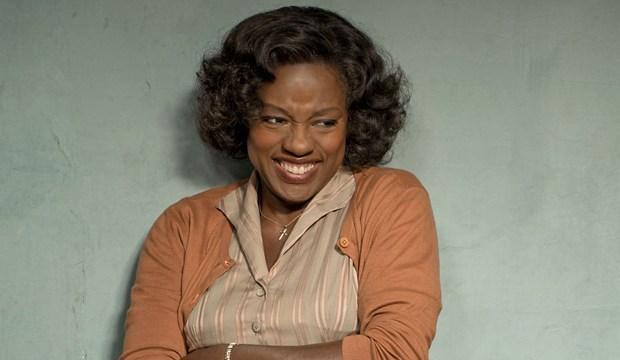 As our 30 movie Experts predicted, Viola Davis (“Fences”) won Best Supporting Actress at Sunday’s Academy Awards. Davis had already prevailed over the past few weeks at Critics’ Choice, Golden Globes, SAG, and BAFTA, plus won for this same role on Broadway at the Tony Awards (2010). The actress received her third career Oscar nomination after “Doubt” (supporting, 2008) and “The Help” (lead, 2011) for her role as the long-suffering wife of a trash collector (Denzel Washington) struggling to raise his family in the 1950s, making her the most nominated black actress in the academy’s history.

With her Oscar victory plus the Tony mentioned above and and an Emmy Award for “How to Get Away with Murder” (2015), Davis is now just a Grammy away from the coveted EGOT grand slam of awards.

In second place was Michelle Williams (“Manchester by the Sea”) with 40/1 odds. Williams was actually Gold Derby’s pick to win this race until Davis made the decision to campaign here in supporting as opposed to lead. The actress received her fourth career nomination for her role as the ex-wife of a man (Casey Affleck) returning to his hometown to confront his devastating past. She previously competed in supporting for “Brokeback Mountain” (2005) and lead for “Blue Valentine” (2010) and “My Week with Marilyn” (2011).

At a close third was Naomie Harris (“Moonlight”) with 50/1 odds based on our Experts’ support. The actress competed at the Oscars for the first time for playing the drug-addicted mother of a young black gay man coming of age in a rough Miami neighborhood.

Next up in fourth place at 66/1 odds was Octavia Spencer (“Hidden Figures”). She played Dorothy Vaughan, a mathematician who helped provide NASA with the data necessary to launch their first successful space missions. The recent SAG winner as part of the film’s ensemble already has an Oscar on her mantle in this same category for “The Help” (2011).

Rounding out the group of supporting actresses at 80/1 odds was Nicole Kidman (“Lion”), who played the adoptive mother of a young Indian boy seeking out his birth family. Kidman won Best Actress for “The Hours” (2002) and competed again in lead for “Moulin Rouge!” (2001) and “Rabbit Hole” (2010). Awards voters are currently watching her on HBO’s limited series “Big Little Lies.”

According to our overall combined odds featuring the predictions of all Experts, Editors, Top 24 Users (those who did the best at their winner picks last year), All-Star Top 24 (who got the highest scores when you combine the last two years’ Oscars) and All Users, the rankings were similar but not the same. The favored pick of more than 5,000 people was Davis with 1/10 odds over Harris in second place with 33/1 odds. Williams followed with 40/1 odds, and then Spencer at 66/1 and Kidman at 80/1.