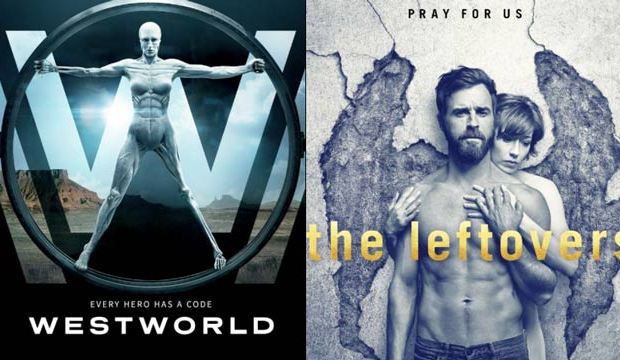 When HBO announced that Season 7 of “Game of Thrones” would air outside the current Emmy eligibility period, every other TV drama let out a huge sigh of relief. Not only does the “Game of Thrones” absence mean that we’ll likely see a new winner as Best Drama Series (“Homeland” is the only other former champ still on the air), but that a whopping 23 open slots will need to be replaced across all of the acting, writing, directing and below-the-line races. Might fellow HBO dramas “Westworld” and “The Leftovers” benefit the most from “Game of Thrones'” ineligibility?

Ever since HBO first made a splash in the Best Drama Series race with “The Sopranos” in 1999, the premium network has had at least one drama nominated every single year expect for 2008. That list (see below) includes two back-to-back victories for “The Sopranos” (2004 and 2007) and another two for TV’s reigning champ “Game of Thrones” (2015 and 2016).

“Westworld” seems to be the pay-cabler’s most likely chance of replacing its own “Game of Thrones” at the 2017 Emmys. With critical accolades and fan obsession, this sci-fi western made its mark on many of this year’s TV precursors, including SAG, WGA and DGA. Evan Rachel Wood and Thandie Newton took home the lead and supporting prizes at the Critics’ Choice Awards, respectively, and both ladies are now in prime position to earn Emmy bids for their roles as robots.

Also watch out for Oscar winner Anthony Hopkins to earn an acting nomination, though he was snubbed at the earlier kudos. Supporting players Ed Harris and Jeffrey Wright are two more likely Emmy contenders. Of “GoT’s” 23 Emmy nominations last year, it was strangely snubbed for Best Music for composer Ramin Djawadi, so we’re curious to see whether Djawadi’s score for “Westworld” can pick up that additional slot. Djawadi’s recent nationwide “GoT” concert should help keep his name top of mind for voters.

And don’t count out “The Leftovers” for its well-reviewed final season that aired to rave reviews at the perfect time, right at the end of Emmy’s eligibility period. Series stars Justin Theroux and Carrie Coon are earning major Emmy buzz — particularly Coon for the series finale — and the show has a host of other potential options for voters to honor. While “The Leftovers” was snubbed for its first two seasons, a goodbye hug wouldn’t be completely out of the question, particularly since HBO was savvy enough to air it in the normal “Game of Thrones” time slot.

Here’s a look at how HBO has fared in the Best Drama Series category over the past two decades, where it’s won four trophies from 22 nominations: