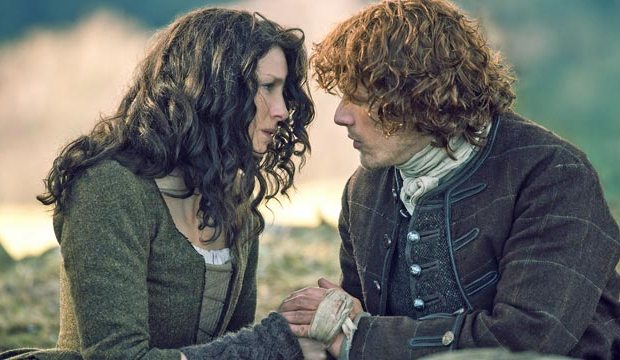 When does “Outlander” Season 3 start? Mark your calendars, “Outlander” fans, as the new season of the Starz romance epic will debut September 10. These 13 all-new episodes will feature the long-awaited returns of Sam Heughan, Caitriona Balfe and Tobias Menzies in their respective role of Jamie Fraser, Claire Randall Fraser and Frank Randall/”Black Jack.” There are also a few new characters joining the “Outlander” universe.

The Season 2 finale of “Outlander,” titled “Dragonfly in Amber,” aired back on July 9, 2016, which means it’ll have been a whopping 428 days since the last new episode — or 1 year, 2 months and 1 day. The upcoming third season is based on “Voyager,” the third of eight books in the best-selling series by Diana Gabaldon. When we last left our iconic characters, Claire was living in the 1960s with Frank while Jamie was dealing with the aftermath of the battle at Culloden.

To help you survive the final weeks of this so-called “Droughtlander,” Gold Derby has created several photo galleries for you to enjoy. Relive some of the show’s best moments, performances, costumes and more by clicking each of the photo gallery links below:

Can you hardly contain your excitement for Season 3? And how did you personally survive this long drought? Sound off on all things “Outlander” down in the comments section below.