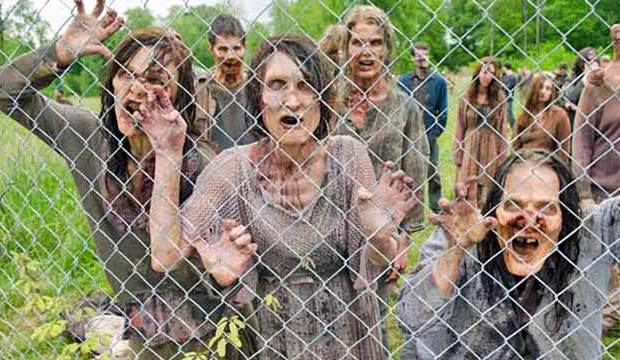 There are many different personality types that go along with the countless zombies roaming the post-apocalyptic south on “The Walking Dead.” Some traits in a living human would be considered a negative, but in a walker could come in quite handy. Other personalities are probably what led to them becoming a zombie in the first place, or will lead to horrible consequences. Click through our fun photo gallery above that asks which “The Walking Dead” zombie most resembles your own personality.

“The Walking Dead” has had a so-so Emmy Awards record, winning only two trophies for Outstanding Prosthetic Makeup (2011-2012). But the series has always done better when it comes to TV critics, getting nominated at the TCA Awards twice: New Program (2011) and Program of the Year (2013).

At the Critics’ Choice Awards it has been nominated for even more accolades: Drama Series (2011), Drama Actor (Andrew Lincoln in 2013), Drama Supporting Actress (Melissa McBride in 2014) and Most Bingeworthy Show (2015-2016). It even won Guest Drama Performer this year for Jeffrey Dean Morgan. The producers should be careful if they’re intending for Morgan to enter the guest Emmy category, as he can only appear in two more episodes before he will have to be switched over to the supporting category, thanks to the relatively new 50% rule.