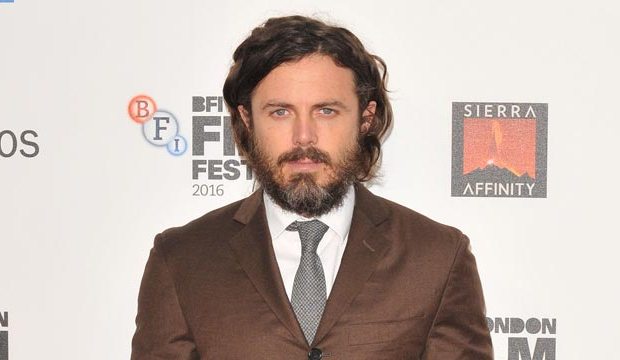 The 2017 Oscars air live Sunday on ABC and will be hosted by Jimmy Kimmel, but do you know which stars are even nominated? Of the 20 acting nominees at this year’s Academy Awards, there are six past winners led by Meryl Streep, six prior nominees including Casey Affleck, and seven first-timers like Andrew Garfield. Click through our photo gallery above that highlights all 20 Oscar nominees across the four acting categories: Best Actor, Best Actress, Best Supporting Actor and Best Supporting Actress. (See Oscar predictions in all 24 races.)

Isabelle Huppert, “Elle”
Huppert plays Michele Leblanc, a successful businesswoman who gets caught in a cat-and-mouse game as she tries to hunt down the mysterious man who raped her in Paul Verhoeven‘s psycho-sexual thriller. This is her first Oscar nomination.

Ruth Negga, “Loving”
Negga plays Mildred Loving, who faced imprisonment in 1958 Virginia after marrying her white neighbor (Joel Edgerton), leading to a landmark Civil Rights case in this based-on-a-true story drama from Jeff Nichols. This is her first Oscar nomination.

Emma Stone, “La La Land”
Stone plays Mia, an aspiring actress who falls in love with a jazz pianist, in this LA-based musical from Damien Chazelle. She has been nominated for one Oscar (Supporting Actress: “Birdman,” 2014) but did not win.

Casey Affleck, “Manchester by the Sea”
Affleck plays Lee Chandler, a man forced to come to terms with his troubled past when he is made guardian of his nephew, Patrick, in Kenneth Lonergan‘s heart-wrenching domestic drama. He has one previous Oscar nomination (Supporting Actor: “The Assassination of Jesse James by the Coward Robert Ford,” 2007) but did not win.

Andrew Garfield, “Hacksaw Ridge”
Garfield plays Desmond T. Doss in this Mel Gibson directed war drama, a WWII American Army medic who served during the Battle of Okinawa while refusing to carry a weapon, becoming the first Conscientious Objector in US history to win the Medal of Honor. This is his first Oscar nomination.

Ryan Gosling, “La La Land”
Gosling plays Sebastian, a jazz pianist who falls in love with an aspiring actress (Emma Stone) in this original musical written and directed by Damien Chazelle. He has one previous Oscar nomination (Actor: “Half Nelson,” 2006) but did not win.

Viggo Mortensen, “Captain Fantastic”
Mortensen plays Ben, a father raising his six children in the forests of the Pacific Northwest before being brought to civilization in this domestic drama from Matt Ross. He has one previous Oscar nomination (Actor: “Eastern Promises,” 2007) but did not win.

Denzel Washington, “Fences”
Washington directed this adaptation of August Wilson‘s Pulitzer Prize-winning play and stars as Troy, a father struggling with race relations in 1950s America while trying to raise his family and come to terms with events from his life. He has two previous Oscar wins (Supporting Actor: “Glory,” 1989; Actor: “Training Day,” 2001) and four additional nominations.

Viola Davis, “Fences”
Davis plays Rose, the wife of a waste collector (Denzel Washington) struggling to raise his family in 1950s America in this adaptation of August Wilson‘s Pulitzer Prize-winning play, helmed by Washington. She has two previous Oscar nominations (Supporting Actress: “Doubt,” 2008; Actress: “The Help,” 2011) but no wins.

Naomie Harris, “Moonlight”
Harris plays Paula, the drug-addicted mother of a young man struggling to find his place in the world while growing up in a rough Miami neighborhood in Barry Jenkins‘ coming-of-age drama. This is her first Oscar nomination.

Nicole Kidman, “Lion”
Kidman plays Sue Brierley, the adoptive mother of an Indian boy separated from his family in Calcutta in Garth Davis‘ biographical drama. She has one Oscar win for Best Actress (“The Hours,” 2002) and two additional nominations in that category (“Moulin Rouge,” 2001; “Rabbit Hole,” 2010).

Michelle Williams, “Manchester by the Sea”
Williams plays Randi Chandler, the ex-wife of a man (Casey Affleck) forced to take care of his teenage nephew after the boy’s father dies in Kenneth Lonergan‘s domestic drama. She has three Oscar nominations (Supporting Actress: “Brokeback Mountain,” 2005; Actress: “Blue Valentine,” 2010; Actress: “My Week With Marilyn,” 2011) but did not win.

Mahershala Ali, “Moonlight”
Ali plays Juan, a drug dealer and surrogate father to a young man struggling to find his place in the world while growing up in a rough Miami neighborhood in Barry Jenkin‘s coming-of-age drama. This is his first Oscar nomination.

Lucas Hedges, “Manchester by the Sea”
Hedges plays Patrick, a young man who finds himself in his uncle’s (Casey Affleck) care when his father (Kyle Chandler) dies in Kenneth Lonergan’s domestic drama. This is his first Oscar nomination.

Dev Patel, “Lion”
Patel plays Saroo Brierley, an Indian boy living in Australia who seeks out the family he was separated from in Calcutta 25-years ago in this biographical drama from Garth Davis. This is his first Oscar nomination.

Michael Shannon, “Nocturnal Animals”
Shannon plays Michael Andes, the small-town sheriff helping a man (Jake Gyllenhaal) track down his wife and daughter’s killer in this psychological thriller from Tom Ford. He has one previous Oscar nomination (Supporting Actor: “Revolutionary Road,” 2008) but did not win.