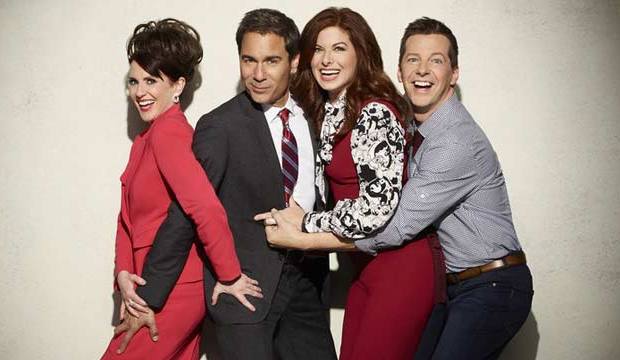 The Golden Globes love new shows, but in a modern TV landscape fueled by nostalgia, what’s old is new again. That’s certainly true of “Will & Grace,” the groundbreaking NBC comedy about a gay lawyer (Eric McCormack) and his interior designer best friend (Debra Messing). It originally ran for eight seasons from 1998 to 2006, but NBC has revived the show 11 years later, which gives it a shot at redemption: despite a whopping 27 nominations during its original run, the show never won a Golden Globe.

This season gives the show as good a chance as any to prevail. Last year’s winner “Atlanta” won’t air any new episodes in 2017, so it’s ineligible to return. And the two winners before that, “Transparent” (2015) and “Mozart in the Jungle” (2016), are faced with the fickle nature of the Globes, which rarely revisit a show once they’ve moved on. The last program to win Best Comedy Series multiple times non-consecutively was “All in the Family,” which took the top prize from 1972-1974, and then again in 1978.

If we can expect a brand new winner, that usually favors a brand new show, but this year hasn’t yet delivered an obvious water-cooler breakout hit like “Atlanta,” “Transparent,” “Girls,” and “Glee” in recent years, though there’s a chance for recent debuts like “Young Sheldon” and “The Mayor” to catch on, or for streaming shows like “Glow” or “Atypical” to pull off an unexpected “Mozart”-style ambush.

Reigning Emmy champ “Veep” has a real chance as well since, like “Will & Grace,” it has never won a Globe and can be considered due. But the Globes have been skittish around shows about American politics. “The West Wing” was an Emmy juggernaut but only ever won two Globes, and “House of Cards” has also won just twice.

“Will & Grace” could also benefit from another phenomenon: while the Golden Globes are often the first awards group to jump on a bandwagon, occasionally they’re the last to catch on. “Cheers” debuted in 1982 but didn’t win Best Comedy Series until 1991. Similarly, “M*A*S*H” didn’t win until 1982, after 10 years on the air. Even those long waits are nothing compared to the 18-year drought for “Will & Grace,” which could make it the most dramatic story in this year’s comedic categories.