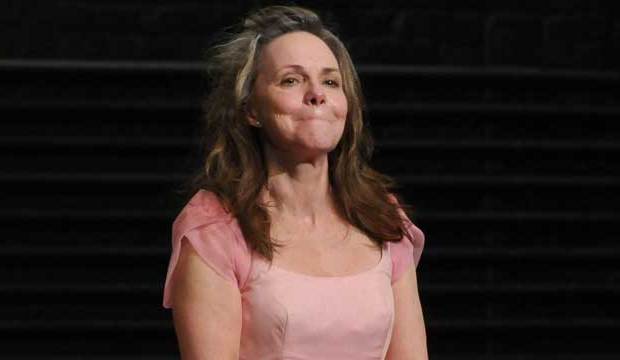 Tennessee Williams‘ breakthrough play “The Glass Menagerie” first came to Broadway in 1945, two years before the Tony Awards were first presented. As the fading Southern belle Amanda Wingfield who dominates her children Tom and Laura, Laurette Taylor gave a performance that was spellbinding. Indeed, Katharine Hepburn called it the greatest she had ever seen.

Since then, there have been seven rialto revivals of “The Glass Menagerie.” Two-time Oscar champ Sally Field is headlining the latest. She just opened to rave reviews, even from critics who expressed reservations about the choices made by director Sam Gold. Can Field, who also has three Emmys to her name, become the first actress to win a Tony for playing this iconic role of the American theater?

Only the most recent revival, in 2013, headed up by two-time Tony champ Cherry Jones reaped any Tony nominations for the cast. Jones lost the Best Actress race to Audra McDonald, who picked up a record sixth Tony for “Lady Day at Emerson’s Bar and Grill” while featured players Brian J. Smith and Celia Keenan-Bolger were defeated by Mark Rylance (“Twelfth Night”) and Sophie Okonedo (“A Raisin in the Sun”) respectively.

She's a 'Maniac'! Will Sally Field win another Emmy for playing multiple personalities?

Hey, Bette Midler: It looks like you'll finally get revenge on Sally Field (sort of) at the Tonys

Sally Field in 'The Glass Menagerie': A Tony on the way to EGOT?

Tony Awards: Will Mary-Louise Parker ('Heisenberg') and Cate Blanchett ('The Present') get nominated for…