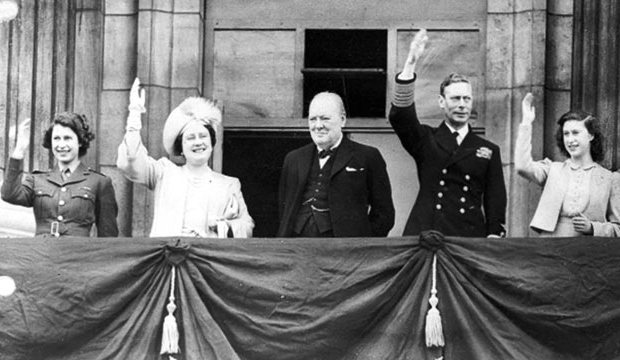 Sir Winston Churchill is one of the most famous prime ministers of Great Britain, serving from 1940-1945 and again from 1951-1955. He has been portrayed many times on film and television, with many of those actors who have embodied him reaping awards attention. Scroll through our gallery above for some of the most noteworthy performers to have played this fiery politician.

Churchill was an inspirational leader during the darkest days of World War II. He was a key player in Parliament during both the abdication of Edward VIII and ascension of George VI to the throne and was the first prime minister for George VI’s daughter Elizabeth II. Churchill  won a Nobel Prize in Literature (1953), and is one of only eight people to have been made an honorary citizen of the US.

At the upcoming Emmys  Michael Gambon and John Lithgow could contend for their portrayals of this English lion. Gambon is vying for Best Movie/Mini Actor bid for the telefilm “Churchill’s Secret.” Should he prevail, he’d the third actor to win that race for playing Churchill, following Albert Finney (“The Gathering Storm,” 2002) and Brendan Gleeson (“Into the Storm,” 2009). Lithgow is the frontrunner for Best Drama Supporting Actor for the Netflix series “The Crown” and he would be the first actor to win an Emmy for portraying Churchill in a continuing series.

Coming soon to cineplexes are Brian Cox (“Churchill”) and Gary Oldman (“Darkest Hour”), both of whom are hoping that their portrayals will lead to their first Oscar win. Having dueling Winstons could make it an interesting Oscar season. Cox’s film will debut in June while Oldman’s will have a more awards-friendly release date in late November. However, as much as the Oscars love awarding actors who play real-life people, no actor has ever been nominated for portraying Churchill. With two vying for attention, though, that might be about to change.

Martin Phipps ('The Crown') on taking over as composer: 'I couldn't say no!' [EXCLUSIVE VIDEO…