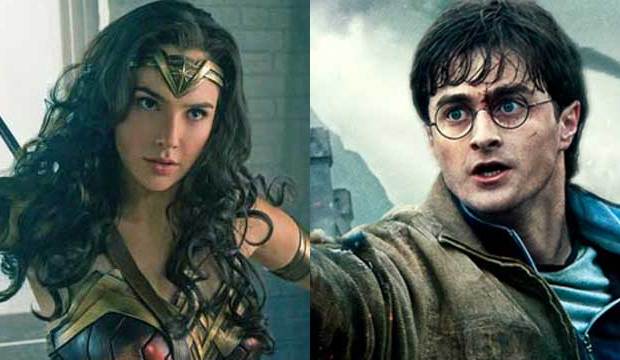 Patty Jenkins‘ “Wonder Woman” had already made history as the highest-grossing live action film helmed by a woman. It is likely to make more money than another super-hero film this summer, “Spider-Man: Homecoming.” And on July 17, it topped the $381 million made in North America by the final installment in the “Harry Potter” franchise, 2011’s “Harry Potter and the Deathly Hallows – Part 2.”

“Wonder Woman rode a wave of rave reviews to record-breaking box office. It made a jaw-dropping $103 million in its first weekend at the beginning of June and now ranks as the most successful of the four films in the DC Extended Universe franchise.

Throughout the summer, it has continued to do well against such varied fare as “Despicable Me 3” and “Baby Driver.” Indeed, on a daily basis it is outpacing another Marvel movie, “Guardians of the Galaxy: Volume 2,” which opened in early May to $146 million and will top out its domestic run at just under $400 million.

“Wonder Woman” took less than four weeks to surpass the $291 million domestic box office of 2013’s “Man of Steel,” which launched the DCEU. And within a month “Wonder Woman” had moved beyond entry number three — last year’s “Suicide Squad” — which made $325 million and the $330 million earned by the second in the series, “Batman v Superman: Dawn of Justice.” Gal Gadot, who plays Wonder Woman, was introduced in that one, which was a critical dud last spring.

In “Wonder Woman,” the backstory of the ageless Princess Diana is detailed. A century ago, she was training to be an Amazonian warrior on the island of Themyscira when World War I flying ace Steve Trevor (Chris Pine) crash landed. She helps him with his mission, which requires her to assume the alter-ego of Diana Prince and pursue a German general bent on using deadly gas.