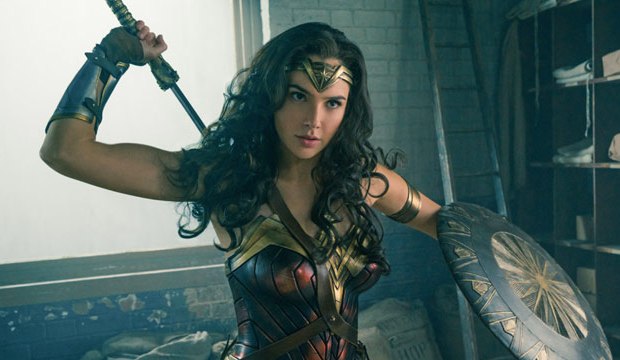 “Wonder Woman” doesn’t open until Friday, June 2 but film critics are already universal in their admiration for the latest DC Extended Universe flick. In fact, it’s the best-reviewed live-action superhero film of all time according to Rotten Tomatoes. The Gal Gadot movie has a 97% score at the review aggregate website, tying it with Pixar’s animated superhero film “The Incredibles” and trouncing testosterone-heavy fare like “Iron Man” (94%) and “The Avengers” (92%).

This is actually Gadot’s second appearance as Wonder Woman, aka Princess Diana of Themyscira, after first making her grand entrance last summer. In “Batman v. Superman: Dawn of Justice” (2016), the Amazonian princess was drawn into the conflict between DC Comics’ most famous heroes played by Ben Affleck and Henry Cavill.

Gadot is receiving much of the film’s praise, with Peter Travers (Rolling Stone) raving about the rising star, “Gal Gadot is unstoppable and spectacular to see in motion. Watch her fly.” And Tom Gliatto (People) agrees, writing, “Gal Gadot’s Wonder Woman was the best thing about the swampy ‘Batman v Superman,’ and now her solo outing is the far superior film.”

The “Wonder Woman” film takes place decades before the events of “Batman v. Superman” and introduces Diana on an island where she is training to become a warrior. But American pilot Steve Trevor (Chris Pine) crashes on the island and draws her into another epic conflict — in this case World War I.

While Zack Snyder directed previous DC movies “Man of Steel” and “Batman v. Superman,” “Wonder Woman” is helmed by Patty Jenkins, the filmmaker best known for directing Charlize Theron to a Best Actress Oscar win in “Monster” (2003). Critics say that she brings a fresh perspective to the DC universe, and we agree that it’s about time a woman has directed a superhero flick. Discuss “Wonder Woman” in our movie forum and read more Gold Derby entertainment news.