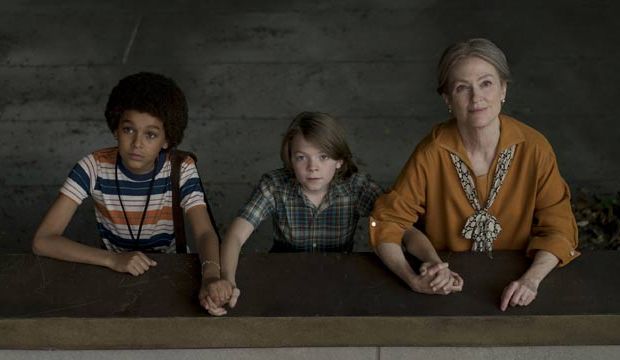 “Wonderstruck” is not the kind of film one might expect from Todd Haynes. The PG-rated family film featuring Julianne Moore follows the parallel journeys of children living in 1927 and 1977, and it comes after his much more adult-themed projects like “Far from Heaven,” “I’m Not There,” “Carol,” and his Emmy-winning HBO miniseries “Mildred Pierce.” But this change of pace has nevertheless won the approval of a majority of critics.

As of this writing “Wonderstruck” has a MetaCritic score of 75 and 68% freshness on Rotten Tomatoes. Those scores are well shy of the high marks he received for “Carol,” though to be fair, most movies by most directors fall short of the critical marks for “Carol.” We can see from Rotten Tomatoes that this film is somewhat divisive (the Tomatometer is rated on a pass-fail basis), but its higher MetaCritic score (based on more nuanced degrees of like and dislike) indicates that many of those critics who do support the film truly love it. That level of passion is pivotal when looking ahead to the Oscar nominations, where love from voters matters more than the opinions of naysayers.

The film is distinguished by “expressive beauty” of its imagery and the “expansiveness” of its ideas. It’s a “lovely wish-fulfillment movie” full of “loving detail.” Haynes achieves “filmmaking par excellence” with his “moving” drama, which “may even be too smart for some adults.” And “every performance is wonderful,” with particular praise being given to young Millicent Simmonds, who is featured in the 1922 segment of the film and “whose face is likely to haunt you.”

Check out some of the “Wonderstruck” reviews below, and join the discussion on this and more with your fellow movie fans in our forums.

Stephanie Zacharek (Time): “Every performance is wonderful, though it’s young Simmonds whose face is likely to haunt you. Simmonds is deaf, and to watch her face—to see how, as Rose, she virtually breathes in the world around her, as if sounds and visuals were color values you could absorb into your very being—is to step over a border you perhaps didn’t know existed.”

Manohla Dargis (New York Times): “Mr. Haynes quietly and touchingly makes ‘Wonderstruck’ his own because the wonder of the film isn’t in its story but in its telling. It’s in the expressive beauty of his images, the expansiveness of his ideas and the way he naturally, generously brings a once-upon-a-time girl and boy to life.”

Jessica Kiang (The Playlist): “As simple and sweet-sad as the film’s emotional core is, the loving detail accorded every aspect of the filmmaking is lavish, maximalist, uncontainable … Haynes has made a lovely wish-fulfillment movie, and you do not have to believe it, to be struck by wonder.”

Alison Wilkinson (Vox): “It’s a beautiful movie to watch, no matter your age … Todd Haynes’s ‘Wonderstruck’ is filmmaking par excellence and a great film for children to boot. Moving and innovatively told, it may even be too smart for some adults. Kids will get it just fine, though.”