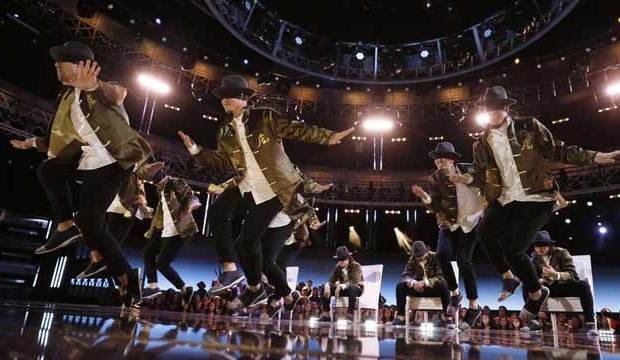 It’s no contest: Kinjaz should have won the Team Division Finals on “World of Dance.” That’s according to our readers, who responded to the controversy that led to a victory by Swing Latino during their head-to-head match-up on Tuesday, August 1. Many fans online objected to the outcome and question judge Jennifer Lopez‘s objectivity, so we put it to a vote, and Kinjaz won in a landslide.

Kinjaz should have won according to a whopping 90% of our readers, versus 10% who felt that Swing Latino deserved the title. “The piece was amazing,” said judge Ne-Yo about Kinjaz’s performance. “Nobody can match your precision, that’s a definite, but I feel like the energy level of the piece itself — where was that one magic Kinjaz moment? I didn’t get that this time.”

“I think the magic moment is in their precision,” countered Derek Hough. And Jennifer Lopez added, “It was crazy clean, and it was a bottled-up, controlled emotion that as a group had a power that really blew me away.” The group received 91s from Ne-Yo and Lopez, and a 95 from Hough, for an average of 92.3. Ne-Yo and Lopez both liked Swing Latino better, scoring them 95. Hough favored Kinjaz, giving Swing Latino a slightly lower score of 94, but their average of 94.7 was enough to beat Kinjaz overall.

Swing Latino now advances to the world final to face Upper Division champs Les Twins and Junior Division winner Eva Igo. Our readers slightly prefer Les Twins. What do you think? Keep voting for your favorite finalist, and you can also make your predictions for who will win the $1 million grand prize.

DISCUSS‘World of Dance’ with Hollywood insiders in our notorious forums