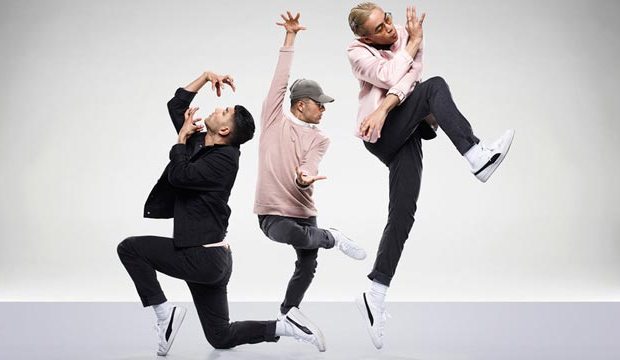 The duels round on “World of Dance” kicked off Tuesday night on NBC where top qualifying acts from each division chose a rival to battle head to head for the chance to advance in the competition. Judges Jennifer Lopez, Derek Hough and Ne-Yo awarded the acts up to 20 points in the following categories: Performance, technique, choreography, creativity and presentation, for a maximum score of 100. Below, read our recap of “World of Dance” Season 1, Episode 4.

1. Quick Style vs. Keone & Mari (Upper) — In a duel that was more personal than any other, former “Norway’s Got Talent” winners Quick Style were pitted against their former teachers, married choreographers Keone & Mari. For their performance, Keone & Mari delivered a contemporary routine depicting a couple walking through life addicted to their cell phones until they spot each other. This duo created a fascinating story through dance and their work is captivating to watch. Quick Style had a much different approach performing a hip-hop routine with quick movements and precision. This trio is so in sync it is as if they share one mind as they work through complex movements without ever breaking from each other. The performance was fun, sexy, and complicated all in one. In a heartbreaking decision, the teachers proved the students still had more to learn as Keone & Mari defeated Quick Style 91.3 to 89.3.

2. Swing Latino vs. Miami All Stars (Team) — Colombian salsa troop Swing Latino took on elite amateurs, Miami All Stars, in this duel between two Latin teams specializing in ballroom dancing. The footwork of Swing Latino is perhaps the most mesmerizing aspect of their routines, but in this instance it was overshadowed by even more difficult moves that included throwing one dancer across the stage, where she was caught by another balancing on top of his teammates. The crowd understandably exploded at the conclusion of their performance. The Miami All Stars proved to be no slouches as they responded with a tightly choreographed swing routine that seemed tailor-made for the Broadway stage. In what looked like a party from beginning to end, the group excelled at filling up the stage with one member even break dancing while others continued their swing style around him. In the end, the athleticism of Swing Latino couldn’t be denied as they defeated Miami All Stars 91.7 to 88.3.

3. Fik-Shun vs. Nick Daniels (Upper) — Former “So You Think You Can Dance” winner Fik-Shun chose to battle Nick Daniels in this duel that pitted hip-hop against contemporary. Fik-Shun displayed unprecedented control while contorting and twisting his body with each beat of music. Lopez commented that Fik-Shun has more musicality than anyone in the competition, while Hough expressed he would like to see more choreography and less freestyle. Conversely, the more traditional Daniels delivered a tightly choreographed routine that showed off his flexibility and acrobatic skills. Between pirouettes he would flip through the air with incredible height and athleticism. The judges all commented on his impressive display of emotion, but in the end Fik-Shun won this duel with a score of 90.7 to Daniels’ 87.7.

4. Eva Igo vs. Kyntay (Junior) — Small-town powerhouse Eva Igo chose to go up against viral hip-hop sensation Kyntay in a junior duel of epic proportions. Kyntay, a duo consisting of two teenage girls, delivered with pure attitude and energy that is impossible to contain. The YouTube stars let the world know why millions of people tune into their videos online with this fun routine that left the audience smiling from ear to ear. Igo took a more serious approach with her absolutely stunning contemporary routine. The lines she creates with her body makes her small frame appear six feet tall as she effortlessly glides across the stage. In the biggest blow-out of the night, Igo defeated Kyntay 89 to 82.7.