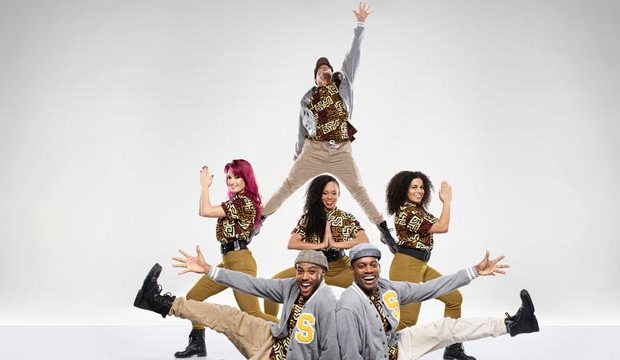 “World of Dance” was back on NBC Tuesday night, with dancers going head to head in the duels for a chance to advance to the next round. Jennifer Lopez, Derek Hough and Ne-Yo scored each act up to 20 points in five categories: Performance, technique, choreography, creativity and presentation, for a maximum score of 100. Which dancers advanced and which early favorite was sent home? Below, read our recap of “World of Dance” Season 1, Episode 6.

Kinjaz vs. Stroll Groove (Team) – The top scorers in the Team division, Kinjaz, chose to duel against 10th place stepping team, Stroll Groove. The Kinjaz proved why they are the team to beat, with an incredible ninja-inspired routine that incorporated B-Boy aspects with clean, tight choreography. These guys are so creative, and their use of the Japanese room dividers as props was brilliant. Their ability to synchronize such quick movements makes them stand out from other teams and their performance earned them a standing ovation from Jennifer and Derek. Stroll Groove gave a fun performance with a 90’s dance party theme that was much rawer, but far less dynamic. It is difficult for a stepping crew to stand out in a competition like this, so I give them credit for their determination, but they were simply outclassed in this duel. The Kinjaz defeated Stroll Groove 91.3 to 81.3.

Luka & Jenalyn vs. DNA (Upper) – Canadian cabaret act, Luka & Jenalyn, chose traditional ballroom act, DNA, for this Upper division duel. Luka & Jenalyn gave an awe-inspiring performance with tricks thrown in that I’ve never seen before. The strength of Luka is incredible and he is able to basically throw Jenalyn around like a ragdoll, allowing for some crazy tricks. At one point he simply spun her in circles on top of his head, hands free! This exciting pair earned a standing ovation from all three judges. DNA followed with a sexy ballroom routine, but it wasn’t without a few mishaps. There was a slight fall at the top of the routine that didn’t go unnoticed by the judges, and although they are technically better dancers than their competition tonight, they were far less dynamic and creative. They seem to struggle on some of the lifts and are, frankly, uncomfortable to watch at times. Luka & Jenalyn defeated DNA by a score of 88.7 to 80.3.

Jabbawockeez vs. Ian Eastwood and the Young Lions vs. Rouge (Team) – With three teams remaining after the top qualifiers chose their opponents, these three teams were thrown into the season’s only three-way duel. Rouge was first to perform and the all-female group brought plenty of spice and attitude to the stage. The routine was strong and sexy, but they spent too much time twerking grabbing their ponytails and the performance seemed like one you might see at the halftime show of a sporting event. Jabbawockeez were next and felt they had something to prove after they got underwhelming scores in the qualifying round. The long-running Las Vegas act had a reputation that preceded them and the crew came through with a riveting performance. Wearing facemasks, the crew appeared mysterious while performing a hip-hop routine that was tightly choreographed and had some interesting tricks, like the “human cannon” they created. Ian Eastwood and the Young Lions were the last to perform in this three-way duel, and brought their usual charm and charisma to the stage. This group performs as if they are backup dancers in a concert, but the problem is that they don’t have a singer in front of them. They give off an amateur vibe that is unlikely to earn them the title of the world’s greatest dancers. Rouge went home in third place with 80 points, The Jabbawockeez took second with 84.7, and Ian Eastwood and the Young Lions advanced to the next round with a score of 85.7.

In the Junior division, two young groups went head-to-head in a duel that was not shown in full. From the brief recap we learned Immabeast defeated Mini Request by the narrow margin of 86 to 85.7. In another unaired duel, Pasion defeated Kings Unite in the Upper division by a score of 87.3 to 83.7. Lastly, Chapkis Dance Family defeated Rhythmatic in the Team division 88.7 to 86.3.