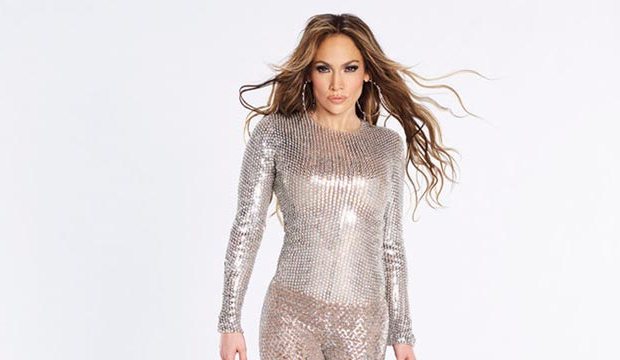 Icon and dance legend Misty Copeland joined the judging panel on “World of Dance” Tuesday night, as the Junior Division acts faced their toughest challenge yet: The Cut. Copeland, who is the first African-American woman to be promoted to principal dancer in the American Ballet Theatre, was on hand to help mainstays Jennifer Lopez, Derek Hough and Ne-Yo decide which dancers would advance in the world’s biggest dance competition. In tonight’s episode, Lopez served as not only judge, but mentor to the acts that were competing for two spots in the division finals. Read our recap of “World of Dance” Season 1, Episode 7 below to find out which acts ranked at the top and who was sent packing.

Diana Pombo – The 11-year old contemporary dancer looks like a young J-Lo so it is no surprise she continues to bring her legendary mentor to tears. Their bond throughout rehearsals was clear, but could Diana rise to the occasion in her performance? She certainly brought emotion to the stage, allowing her vulnerability to shine through. The feeling tended to overpower the actual dancing in this instance, and although she was very good, I felt let down when comparing it to her prior performances. Her overall score from the judges was a 92.

Immabeast – 12 individual dancers come together to form this junior squad. They never fail to bring the attitude and fun within their performances, which is why it was so disappointing that their routine was not shown in full. Dressed as jailbirds, the hip-hop crew looked as though they delivered another hard-hitting, entertaining routine. It is not difficult to fit five full routines within a 60-minute episode, and this was a disappointing edit from NBC. They scored a total of 84.4 from the judges.

The Mihacevich Sisters – In the duel round, the judges felt these teenagers didn’t take enough risks, so they were hoping to elevate their performance for the cut. Lopez instructed the girls to connect more with each other and work on making eye contact throughout their performance. The trio delivered on a fantastic routine that was both playful and emotional, using a sofa as a prop, gracefully twirling around it, while other times simply jumping for joy. By far their best performance of the competition, the contemporary piece was both entertaining and heartfelt. They earned a score of 85.5.

The Lab – This hip-hop inspired junior team is comprised of 10 members who have not had the easiest of paths in life. Their connection can be felt when they hit the stage, and they never fail to deliver. Inspired by the late 1990s/early 2000s era of musicians, they put together a fist-pumping, booty-shaking routine to a 50 Cent track. The facial expressions of the smallest in the group are always entertaining to watch, and the swagger in this number was always in the forefront. Their final score was an 86.

Eva Igo – The 14-year old revealed to Lopez that she is filled with insecurity, and her dance reflects the wearing a cloak to hide herself. Lopez instructed her to remove the cloak and show everyone who she is. Eva did just that, removing the cloak at the beginning of her routine, revealing an outfit that looked fit for a superhero. She proceeded to show incredible athleticism, balance and flexibility all packaged into a stunning routine that brought Derek to tears and led Lopez to rush the stage and embrace the stunning teenager. It was no surprise, Eva topped the Junior division with a 92.5.

With top scores, Eva Igo and Diana Pombo will now face off in the Junior Division finals, where only one will advance. The Team Division competition also kicked off on Tuesday with Swing Latino and Super Cr3w performing. Look for recaps of those performances, along with the rest of the Team and Upper Division acts, next week.