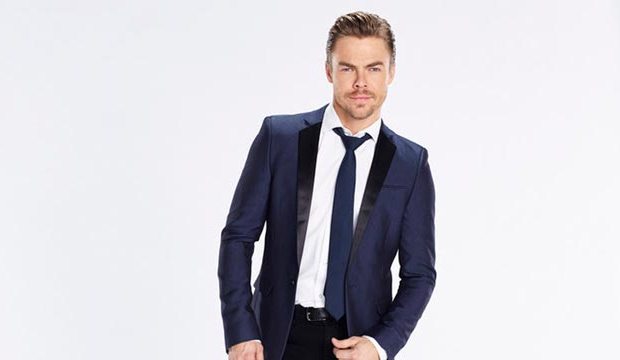 The judges’ cuts continued on “World of Dance” Tuesday night, revealing the top two acts in the Team and Upper divisions that will move on to the next round. Dance icon Misty Copeland was on hand once again to help Jennifer Lopez, Derek Hough and Ne-Yo decide which dancers deserved a place in the division finals. Ne-Yo served as mentor to the teams, while Derek provided feedback to the upper division throughout rehearsals. Read our recap of “World of Dance” Season 1, Episode 8 to find out which acts ranked at the top, and who was sent home.

In last week’s episode two acts from the Team division, Swing Latino and Super Cr3w, performed so were not shown on this episode. Swing Latino dropped jaws with their athletic, Colombian take on ballroom dancing and scored a 92.5. Super Cr3w gave a less inspired hip-hop routine that landed them with just an 88.8. With three acts remaining, they had to wait to see if their scores would hold up to earn them a top two finish and qualify them for the division finals. Here is how the remaining acts performed:

Kinjas – This ninja-inspired dance crew performed an intricate routine filled with fast-paced movements and intricate formations. The urgency of their dancing kept it high energy despite the slow jam they chose for music. Without question this is an entertaining bunch, but this routine failed to deliver anything revolutionary. The judges found them more impressive than myself and gave them a score of 93.5.

Chapkis Dance Family – This team’s routine was not shown in full, but from what was shown they performed an unconventional routine to a Britney Spears track. It looked high energy, but when one male member emerged dressed as a young schoolgirl, ala “Baby One More Time,” Derek looked thrown off and unimpressed. The judges scored them just an 85.8.

Ian Eastwood & the Young Lions – Eastwood and his crew went with a more emotional, contemporary routine that differed from what got them to this stage of the competition. The YouTube sensation incorporated more feeling this time around, but didn’t appear as prepared as some of the other teams. Ne-Yo was definitely not impressed and scored them a devastating 83, which brought their overall score to just an 89.

SEE‘World of Dance’ showstopping performance: Eva Igo blew us away and made The Cut [WATCH]

With the team cuts finished, Kinjas and Swing Latino deservedly advanced to the division finals. Next up was the highly anticipated Upper division which didn’t fail to disappoint. Below is a recap of those performances, including which acts came out on top.

Luka & Jenalyn – This dynamic duo is known for their incredible lifts made possible by Luka’s brute strength. His ability to throw Jenalyn around like a ragdoll is fun to watch, but they lack the grace one would expect in a division finalist. Although they are impressive, this is a dance competition, not the circus. The judges scored them only an 80.5.

Fik-Shun – The former “So You Think You Can Dance” champ is an audience favorite with an adorable smile, who has been determined to show a more serious side in this competition. As the only soloist left in his division, Fik-Shun included props to add dynamics to his routine. Portraying his own aging process to Lukas Graham’s “7 Years,” he transformed on the stage and utilized his insane mobility to tell an emotional story in less than two minutes. I joined Jennifer in getting goose bumps from this performance, but Ne-Yo was a total buzz kill and criticized his use of props. The overall judges’ score was just an 84.2.

Pasio’n – This premier flamenco troop was only shown briefly performing to “Livin’ La Vida Loca” by Ricky Martin. Consisting of three women and just one man, their dynamics just weren’t right for the judges who gave them only 78.8 points.

Les Twins – The identical twins from France have been the standout performers all season and were looking to continue their momentum. The aggressive manner in which this hip-hop duo punches each beat is hypnotic. There is no storyline to their dance, but they are masters of interpreting a song through their movements. It wasn’t their best routine of the season, but it’s impossible not to love these guys who scored a 93.5.

Keone & Mari – These contemporary dance partners decided to pick up the speed and intensity of their dance this week. Portraying a couple overcoming obstacles in their relationship, the duo performed while bound together by a rope. The intensity between this husband and wife is unique to the competition and they bring draw on emotions the other acts are incapable of. The duo earned an impressive 93.2 from the judges.

In the end, it was Les Twins and Keone & Mari who advanced to the Upper Division finals. I would personally like to protest that Fik-Shun got robbed! Nevertheless, the division finals have been set and we are one step closer to finding out who will be crowned the champion on “World of Dance.”