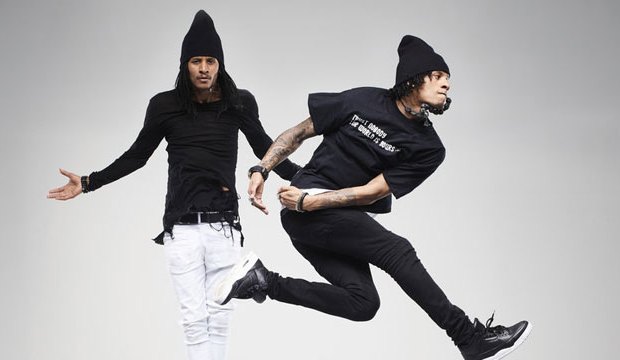 The stakes were higher than ever on NBC’s “World of Dance” Tuesday night when the six remaining acts competed in the Division Finals. Jennifer Lopez, Derek Hough and Ne-Yo scored each performance while host Jenna Dewan-Tatum was on hand to deliver the results. In the end, only three acts advanced to the World Final, airing next week. Find out who earned a chance to compete for the million dollar grand prize in our recap of “World of Dance” Season 1, Episode 9 below.

The Kinjaz are known for their cinematic performances and once again they transformed the stage in yet another ninja-inspired theme. Their ability to remain completely in sync throughout such complex choreography continues to be their greatest strength. Although their precision is unmatched, the energy level lacked throughout this performance and they simply weren’t as interesting this time around. Ne-Yo mentioned it was a bit lackluster for him, but both Jennifer and Derek were blown away. Their overall score was 92.3.

Swing Latino was anything but low-energy as they delivered another fast-paced, high flying routine that felt like a shot of adrenaline in the competition. Before their performance, Jennifer had told them to represent Latino culture and show that although they are all different, they are the same blood. This team took her words literally and began the performance with one of the female dancers raised in the air, wearing a dress made of the flags of various Latin countries around the world. They soon after showed off what they are known best for with lightning-fast footwork and high flying acrobatics. Derek thought the routine lacked cleanliness, but Jennifer got emotional as she expressed her gratitude to them for showing the beauty of Latino culture. There final score was 94.7.

Result: Swing Latino deservedly moves on to the World Final and has quickly become one of my favorite acts of the season.

Keone & Mari were absolutely stunning in a modern dance that brought the audience back in time to classic musicals and Frank Sinatra. The performance began in a set designed like an elevator while the two went back and forth with remarkable precision and facial expressions that were as emotive as their dance moves. They had mentioned before their performance they were saving this dance for Les Twins and wow did they deliver their best performance of the season. It was romance, whimsy and complexity all wrapped into a gorgeous performance that the judges loved. Their performance earned the first perfect 100 from Ne-Yo and an overall score of 95.

Les Twins suffered a devastating injury earlier in the week when one of the brothers twisted his leg, likely tearing several ligaments. Despite half of this duo not even able to stand, they put their creativity to work and kept themselves in the competition. They created a storyline of a businessman coming across a homeless man in a wheelchair and ingeniously maintained their synchronicity throughout. It was both admirable and exciting to watch these twins make the best of this situation and they received a standing ovation from the judges. They scored a season high score of 97.7.

Result: Les Twins moved on to the World Final in a decision that was absolute garbage! In no way was their performance the better of the two and I was left wondering if Jennifer Lopez simply created this series just to give Les Twins a million dollars. There’s no question this duo is world class, but this is the second week in a row I felt they were grossly over-scored. Keone & Mari were robbed!

SEE‘World of Dance’: Keone & Mari learned how to love in raw routine about healing their marriage [WATCH]

Diana Pombo looked like Alice in Wonderland as she powerfully danced around a stage of colorful mushrooms. Her contemporary style showed off her flexibility and passion, but honestly this routine was lacking depth. It simply wasn’t as emotional or interesting as her previous performances. The judges were careful not to over-critique the young dancer, but her final score was just an 89.3.

Eva Igo has really become the breakout star this season and with this performance she proved why. Dressed like she escaped from the set of “Mad Max,” Eva commanded the stage like a ferocious animal not just stalking its prey, but attacking it and ripping it to shreds. Her musicality was on a whole other level as she abruptly twisted her body with each beat and sound effect within the song. She improves every week and outside of Keone & Mari in the Upper Division, Eva delivered the best performance of the night. Her final score was a 96.7.

Result: Eva Igo deservedly advanced to the World Final. If this were voted on by the public, I would have no reservations in predicting that she would win by a landslide. But with the unpredictable judging this season, anything can happen. The World Final airs on “World of Dance” next Tuesday on NBC.