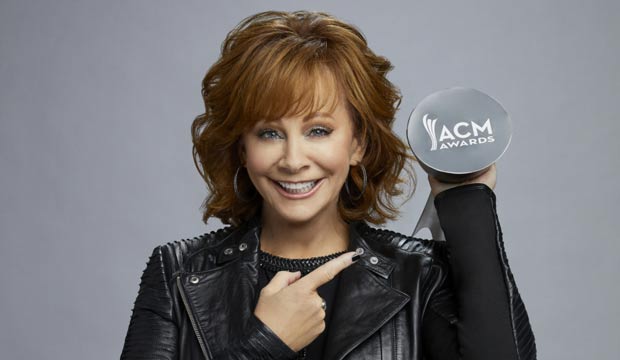 The ACM Awards will air live on Sunday, April 15, from the Garden Arena at the MGM Grand in Las Vegas, Nevada, beginning at 8:00 p.m. ET/7:00 p.m. CT on CBS (delayed on the west coast). The 53rd annual edition of the ACMs will be hosted by Reba McEntire, who is a Best Female Vocalist nominee and will also be performing.

The Academy of Country Music Awards will be available to subscribers on CBS All Access (requires at least a trial membership). Behind-the-scenes content will be available on the official ACM Awards website and YouTube channel. And the pre-show, which is set to take viewers onto the red carpet, starts at 6:00 p.m. ET/3:00 p.m. PT on the ACMs Twitter page.

Chris Stapleton has a leading eight nominations across five categories. Among these is a bid for the big prize: Entertainer of the Year. His four rivals for this award are reigning champ Jason Aldean, past winners Garth Brooks and Luke Bryan, and perennial also-ran Keith Urban.

We are forecasting that Stapleton will win Best Male Vocalist and twice for the Album of the Year “From A Room: Volume 1” as both artist and producer. However, we expect him to lose Entertainer of the Year to Aldean. if you disagree with our predictions there’s still time to make or update your own right here before awards are handed out.

Our predictions are based on the combined forecasts of hundreds of Gold Derby users who have entered their picks in our predictions center. That includes the Editors who cover awards throughout the year for Gold Derby, the Top 24 Users who had last year’s very best ACM predictions, and the All-Star Top 24 who had the best predictions when you combine the last two years’ ACM results.