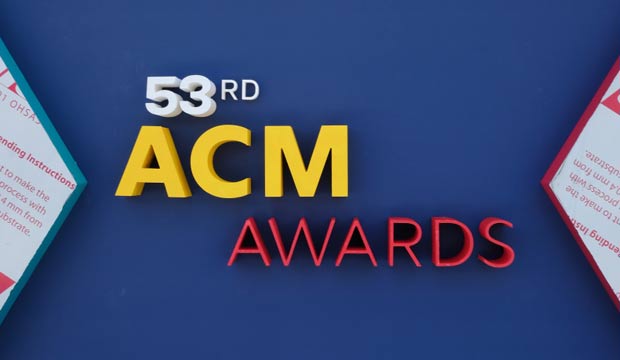 The 53rd Annual Academy of Country Music Awards were handed out on Sunday night, April 15, during a ceremony hosted by Reba McEntire at the MGM Grand Garden Arena. So who were the big winners? Scroll down for the full list of winners and nominees for the 2018 ACMs in all 14 categories from Entertainer of the Year to Vocal Event of the Year.

Victors were announced in four categories before the ACMs telecast. On March 26 the academy revealed its choices in the three categories honoring breakthrough artists. Lauren Alaina won New Female Vocalist of the Year, Brett Young won New Male Vocalist of the Year and Midland won New Duo/Group of the Year. Then on April 13 Rhett Akins learned that he was the Songwriter of the Year champ at ACM’s “Stories, Songs and Stars” event; Akins has written songs for Thomas Rhett, Jon Pardi, LoCash, Jason Aldean and many more.

Chris Stapleton went into these awards with the most nominations (eight), including his first ever bid for Entertainer of the Year where he faced past champs Garth Brooks, Luke Bryan and Aldean, as well as past nominee Keith Urban. Rhett was next in line with six nominations, including Male Vocalist of the Year where he had upset Stapleton. Urban was next in line with five bids, as was songwriter Shane McAnally.

Who were your favorite ACM winners, and who do you think was robbed? See the list below and let us know in the comments and in our forums.