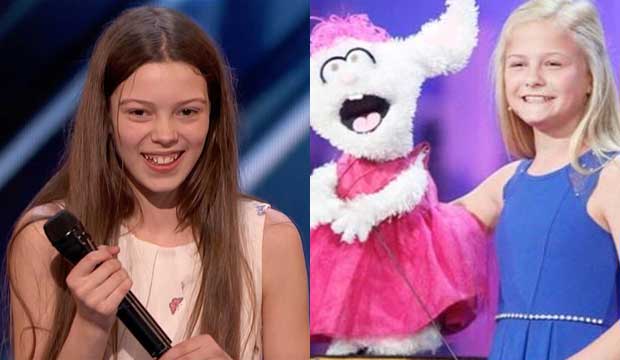 Courtney Hadwin may be British but this 13-year-old singing sensation is the early frontrunner to win “America’s Got Talent” 2018. This shy teenager auditioned on the June 12 episode of “AGT” and got the Golden Buzzer from Howie Mandel after she rocked the house with the Otis Redding classic “Hard to Handle.”

In our survey of “AGT” viewers, Hadwin easily outpolls the other three acts already sent straight to the live shows. She has 61% of the vote as of this writing while Tyra Banks‘s pick, the dance troupe Zucaroh, sits at 16%; Mel B‘s young singer Amanda Mena is at 12% and Simon Cowell‘s find, singer Michael Ketterer, is last with 11% support. (Heidi Klum‘s Golden Buzzer will be revealed in an upcoming episode of this NBC reality TV show.) If you haven’t voted in our poll yet, be sure to do at the bottom of this post and sound off in the comments section with your thoughts on this season.

Hadwin had been plagued by stage fright and it was only with the encouragement of Mel B that she was able to raise her voice in song. The one-time Spice Girl was awestruck by the teen’s talent but was beaten to the buzzer by Mandel. Last year, Mel B had singled out ventriloquist Darci Lynne Farmer for this honor; she went on to win season 12. A year after the Golden Buzzer was introduced on season 10 of “AGT,” Mandel had  hit it for Grace VanderWaal, a singer who accompanied herself on the ukelele; she too went on to take the “AGT” title.

SEEDarci Lynne Farmer reflects on ‘grateful’ year following ‘America’s Got Talent’ audition: ‘My life has been an amazing ride’

Mandel is confident that Hadwin can follow in their footsteps. “I watched a caterpillar come out of its cocoon and become the most beautiful butterfly I have ever seen. If you like classic music that spans the ages, Courtney is the girl!”