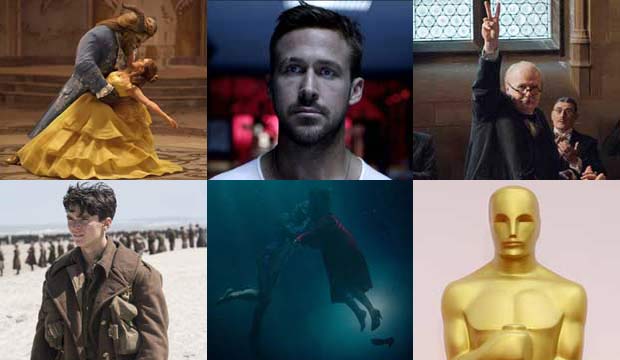 The 21st annual Art Directors Guild Awards took place on Saturday (Jan. 27). These kudos have a stellar record at previewing the outcome of the Best Production Design race at the Academy Awards. Over the first two decades of these prizes, the eventual Oscar winner has always numbered among the ADG nominees in the various categories.

Already the frontrunner for Best Production Design at the Oscars, “The Shape of Water” won in period over fellow Oscar nominees “Darkest Hour” and “Dunkirk.” That race was rounded out by “Murder on the Orient Express” and “The Post.” The other two Oscar nominees for Best Production Design – “Beauty and the Beast” and “Blade Runner 2049” – contended for the fantasy award alongside “Star Wars: The Last Jedi,” “War for the Planet of the Apes,” and “Wonder Woman.” That prize was won by “Blade Runner 2049.”

In the contemporary category, “Logan” beat out “Downsizing,” “Get Out,” “Lady Bird,” and “Three Billboards Outside Ebbing, Missouri.” And the guild presented its very first prize in animation to “Coco” over “Cars 3,” “Despicable Me 3,” “The Lego Batman Movie,” and “Loving Vincent.”

Last year’s Oscar winner for Best Production Design — “La La Land” — first won Best Contemporary Design at these guild awards. One of its Oscar rivals, “Passengers” took the fantasy film prize over, among others, the Oscar-nominated “Fantastic Beasts and Where to Find Them” and “Arrival.” The fifth Oscar nominee, “Hail, Caesar!,” lost the period film race to “Hidden Figures.”

The guild also handed out prizes tonight for achievements in television. “Game of Thrones” and “The Handmaid’s Tale” won for One Hour Period/Fantasy and Contemporary, respectively, while “GLOW” and “Will & Grace” took the Half Hour awards for Single- and Multi-Camera programs. “Black Mirror” triumphed in the Limited Series/TV Movie category, and “Portlandia” won for Variety, Competition, or Special. “Star Wars Battlefront II” received their prize for Short Format.

Television Movie or Limited Series
“American Horror Story: Cult” – “Election Night,” “Winter of Our Discontent” (Jeff Mossa)
“Big Little Lies” – “Somebody’s Dead,” “Living the Dream,” “You Get What You Need” (John Paino)
X – “Black Mirror” – “USS Callister” (Joel Collins)
“Fargo” – “The Narrow Escape Room,” “The Law of Inevitability,” “Who Rules the Land of Denial?” (Elisabeth Williams)
“Feud: Bette and Joan” – “Pilot,” “And the Winner Is…” “You Mean All This Time We Could Have Been Friends?” (Judy Becker)