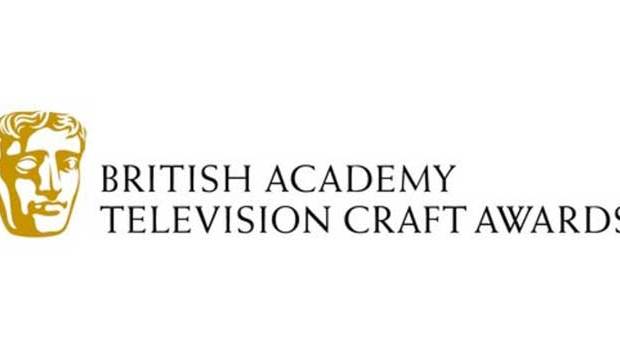 Low-key is the phrase which comes to mind when attending the 2018 BAFTA TV Craft Awards on April 22, especially when compared to the BAFTA Film Awards several months back. Low-key, undoubtedly more relaxed but yet, just as classy. It’s also looser, so to speak.

It’s currently 22 degrees Celsius here in a rather sticky in London – that’s roughly 72 Fahrenheit to you guys over in America. And it is not a good day to be wearing a suit. We’re used to complaining about rain, so it’s tricky for us Brits to adjust and complain about heat. But we manage.

Everyone still manages to look glamorous despite the heat, with tonight’s nominees clad in their best frocks, gowns, suits and the occasional kilt. I’ve just seen “Game of Thrones'” Hannah Murray (Gilly) step out of her car in a gold dress and she looks lovely. Gold becomes her much more than wildling rags, that’s for sure.

Murray and her co-star, John Bradley (Samwell Tarly) will be accepting the BAFTA for Craft Special Award on behalf of the hit show, which may not be the only award “Game of Thrones” comes away with. Last year’s winner for Best Costume Design for “The Crown,” Michelle Clapton, is nominated tonight for the same award but for “Game of Thrones.” But “The Crown” could come back to bite her as her replacement, Jane Petrie, is also nominated for costuming tonight.

It’s a casual evening, with a relaxed vibe about the ceremony. That doesn’t mean we are short of major stars, however. Indeed, there are more big names at this ceremony than there were last year, with several Oscar-winners and nominees making up the numbers. Jane Campion, Best Original Screenplay winner for “The Piano” competes tonight for Best Fiction Director for her work on “Top of the Lake: China Girl.” Also in that category is “Pirates of the Caribbean” and the UK “The Office” star Mackenzie Crook, who is nominated for directing “The Detectorists.”

It’s the writing categories, however, that offer the big hitters. Sharon Horgan and Rob Delaney are nominated in the Comedy Writing category for their work on “Catastrophe,” while British comedian Peter Kay is nominated alongside Sian Gibson and Paul Coleman for “Peter Kay’s Car Share.” It’s pretty big over here.

The Drama Writing category is packed full of talent, too. “Ashes to Ashes” and “The Hour” writer Nicole Taylor is nominated for “Three Girls,” while two-time Oscar-nominee Peter Morgan (for “The Queen” and “Frost/Nixon”) is nominated for “The Crown.” Morgan is no stranger to BAFTA, either, having won a BAFTA film award for Best Adapted Screenplay for “The Last King of Scotland.”

Also in this category is “Black Mirror” creator Charlie Brooker, who is nominated for the episode “Hang the DJ.” Rounding out this high-profile category is Oscar-nominee Steven Knight (“Dirty Pretty Things”) – nominated for “Peaky Blinders.”

It’ll be tough category to choose form, but won’t they all? The awards will be kicking off pretty soon, with Stephen Mangan returning from last year to host once more. The buzz of the ceremony is beginning to kick in, so I’ll leave this here. I’ll soon be in the Press Winner’s Conference, hoping to interview some of the winners of this year’s BAFTA Craft Awards so keep an eye out for those later!