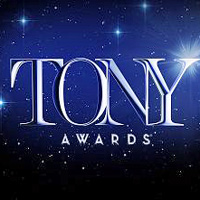 In the last four months of the 2017-18 Broadway season, six productions of musicals (four new, two revivals) will open. Could we be seeing any of them contend at this year’s Tony Awards? (Read our preview of the nine plays coming to Broadway this spring.)

Below, we recap the plot of each musical as well as the awards history of its author, cast and creative types and the opening and (where applicable) closing dates.

“Escape to Margaritaville” (previews begin February 16; opens March 15)
In this new jukebox musical consisting of Jimmy Buffett songs, Tully, a part-time bartender, part-time singer, and full-time charmer thinks he’s got life all figured out. Until a beautiful career-minded tourist steals his heart and makes him question everything.

“Frozen” (previews begin February 22; opens March 22)
In the latest screen-to-stage adaptation from Disney, two sisters are pulled apart by a mysterious secret. As one young woman struggles to find her voice and harness her powers within, the other embarks on an epic adventure to bring her family together once and for all.

“Mean Girls” (previews begin March 12; opens April 8)
In this stage musical adaptation of the 2004 Lindsay Lohan-led comedy, Cady Heron moves to Illinois after years of living with her zoologist parents in Africa, and must find where she fits in the social hierarchy. As a sweet, naive newbie, Cady quickly attracts the attention of The Plastics, a trio of popular frenemies led by the vicious and calculating Regina George. When Cady devises a plan to end Regina’s reign, she learns that you can’t cross a Queen Bee without getting stung.

“Carousel” (previews begin February 28; opens April 12)
In the fifth Broadway revival of Richard Rodgers & Oscar Hammerstein II’s 1945 classic, a swaggering, carefree carnival barker by the name of Billy Bigelow captivates and marries a naive millworker by the name of Julie Jordan. Just as Billy learns that Julie is pregnant, he loses his job and desperately intends upon providing a decent life for his family.

DISCUSS The new season with Broadway insiders in our notorious forums

“Summer: The Donna Summer Musical” (previews begin March 28; opens April 23)
In this biographical musical about the life of legendary recording artist Donna Summer, the story is told through the dramatic lens of her final concert. The show presents the complexities and conflicts the famed singer/songwriter faced in her meteoric rise and descent.

The musical has a book by Tony nominated actor Colman Domingo (“The Scottsboro Boys”, 2011), Robert Cary, and two-time Tony-winning director Des McAnuff (“Big River”, 1985; “The Who’s Tommy”, 1993), who is also directing this production.