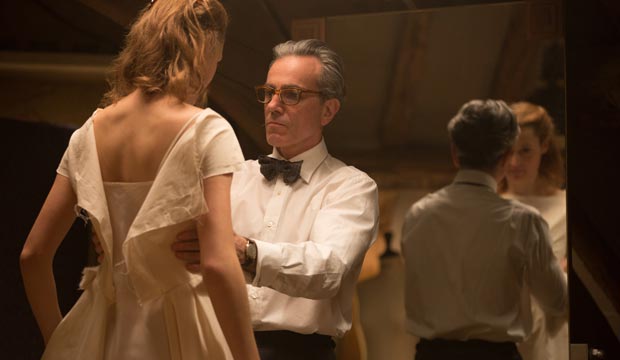 The Oscar frontrunner for Best Costume Design, “Phantom Thread,” will win first at the guild awards on Feb. 20. Among those it is predicted to defeat in the Best Period Film category at the Costume Designers Guild Awards is one of its Oscar rivals, “The Shape of Water.” Two of the other Academy Awards contenders — “Darkest Hour” and “Victoria and Abdul” — were snubbed in this category.

The fifth Oscar nominee, “Beauty and the Beast,” vies in the Fantasy Film category. It is expected to easily win over “Blade Runner 2049,” “Star Wars: The Last Jedi,” “Thor: Ragnarok” and “Wonder Woman.”

Likewise, “I, Tonya,” should handily win the contemporary costume award over “Get Out,” “Kingsman: The Golden Circle,” “Lady Bird” and “Three Billboards Outside Ebbing, Missouri.”

The 20th edition of these kudos, which also honor costume design in television and commercials, will take place at the Beverly Hilton on Feb. 20.

The winner of the period film CDG prize tends to repeat at the Oscars. However, last year, the academy went with the fantasy film “Fantastic Beasts and Where to Find Them.” The last fantasy films to prevail at the Oscars prior to that were “Alice in Wonderland” in 2010 and before that “Lord of the Rings: The Return of the King” in 2003. And the last contemporary movie to win the Academy Award for Best Costume Design was “The Adventures of Priscilla, Queen of the Desert” in 1994.