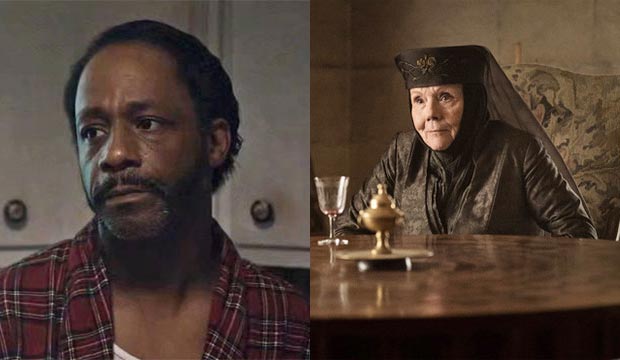 The television academy presented the first round of its two-night Creative Arts Emmys at a ceremony on Saturday, September 8. Our users spent the evening sounding off in our forums, cheering and jeering the winners and losers. They were particularly excited by Katt Williams‘s surprise victory for Best Comedy Guest Actor for “Atlanta” and disappointed by Diana Rigg‘s fourth and final loss for Best Drama Guest Actress for “Game of Thrones.”

Scroll down for a sampling of our users’ reactions, then jump into the conversation if you dare.

Teridax: “I had Borstein up until the end, last minute switch to her co-star I definitely regret. Still, good for her for finally winning an Emmy as Lois Griffin. She deserves it for the series as a whole to be honest.”

Pulp: “I thought ‘Rick and Morty’ winning would be too good to be true. Hopefully ‘BoJack Horseman’ will join it in the category next year.”

Teridax: “YES! ‘Rick and Morty’ FINALLY WON ANIMATED PROGRAM FOR ‘Pickle Rick’!!!! I am over the moon!”

Guest 2018: “The one who couldn’t get through the Oscar nominations announcement without forking up pronouncing nominee after nominee. Maya was robbed. Ted is cooked.”

Sasha: “Tiffany Haddish is an Emmy winner now? Another proof they do not watch tapes anymore. I know guest acting winners were sketchy even during tape system days, but still.”

BEST DRAMA GUEST ACTOR: RON CEPHAS JONES (‘THIS IS US’)

J H: “Based purely on name-check, I thought he would win as he was in supporting last year.”

methaddictions: “DIANA RIGG, SWEETIE I AM SO SORRY.”

Ivo Stoyanov: “So deserved, she is beautiful! The Emmys are the best awards, because they do care about quality, Wiley would have never won over Jones, Davis, Tyson and Rigg at the Oscar, NEVER.”

ricardo505: “Katt Williams winning, there’s no way Donald Glover is losing. If anyone else wins, I’m gonna be very surprised.”

Sam H: “And no one was surprised.”