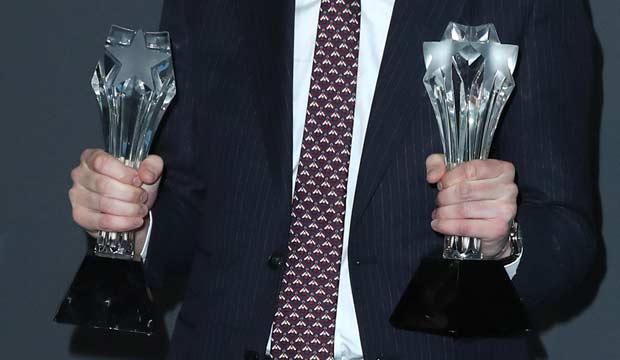 Another night, another awards show in Hollywood. As the Critic’s Choice Awards unfolded in Santa Monica, California, our forum posters let rip with their cheers and jeers. They were most excited for the wins by “The Shape of Water,” including in Best Picture and Best Director (Guillermo del Toro), and most upset by the complete shut out of “Lady Bird.”

Below is just a sampling of what was dished in the forums during the telecast, broadcast on the CW network and hosted by Olivia Munn. Take a look, then dive in if you dare:

LangeWeaver2: Thank goodness. At least one group got it right. And with how many times it’s won screenplay with the regional groups, it would have frankly been an injustice to not win tonight.

aahoto: I was rooting for Michael McKean so hard. Such a travesty he has barely received any recognition for his amazing work on “Better Call Saul.”

Sagand: These guys do not seem to be fans of Lady Bird.

Guest2014: This is so much horseshit. On Kristen Bell’s WORST day, she is miles better than Rachel forking Brosnahan.

Ivo Stoyanov: Yes, I want to see The Handmaid’s Tale winning every single award and it seems my wish is going to be granted very soon.

pulp50: I think Dafoe and Metcalf are probably losing the Oscar now. I really wanted Dafoe to win just so The Florida Project could win something.

Marcus Snowden (The Artist Formerly Known as msnowden1): Honestly the prospect of Sam Rockwell being an Oscar winner makes me excited. The same goes for Janney.

unbb24: Allison Janney’s path to Oscar is getting clearer. If she wins SAG, Metcalf is done. I also think the BAFTA will go to Allison Janney.

bellattrice: I just turn on the TV to watch Wonder Woman win over Baby Driver, Planet of the Apes and Logan? *turns off TV*

Guest2014: Wonder Woman winning. Gotta take your moral victories where you can get ’em.

EmmyWinner: So happy for del Toro!

unbb24: As much as I want Nolan to finally win, I honestly want del Toro to win because he did a great job on directing The Shape of Water and so all the Three Amigos finally has Oscars.

SEE2018 Critics’ Choice Awards: ‘The Shape of Water’ is the biggest winner with 4 awards including Best Picture

unbb24: Gary Oldman’s autograph sending to the voters worked. I hate to say this but I’m losing confidence on Timothee Chalamet now. Ugh.

TVFan365: “Frances couldn’t be here tonight as she is renting three billboards outside Sunset Boulevard to help her win the Oscar.” – Chris Hemsworth

unbb24: Frances McDormand will definitely get the SAG and most likely BAFTA as well. I can now say that she is a lock for Oscar Best Actress.

BEST PICTURE: “THE SHAPE OF WATER”

Hunter-ish: Shocker!!! The Shape of Water!!