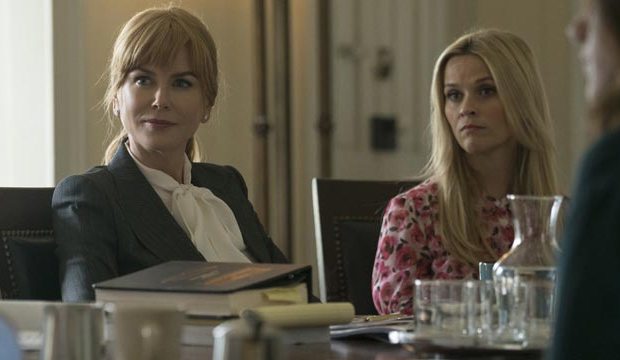 The 8th Annual Critics’ Choice Television Awards were handed out Thursday night. Though the Broadcast Television Journalists Association has crowned many of the same shows as the Emmys and Golden Globes, the group has also gone its own way in its brief history, anointing some under-the-radar and underappreciated series like “Community” and “The Americans.”

“Feud: Bette and Joan” led the field with six nominations, but our combined odds were forecasting a shut-out for the FX series. Our predictions also projected a serious case of déjà vu, with all the Globe winners from Sunday repeating at Critics’ Choice.

So who won? Read our TV winners blog below. Keep refreshing for the latest updates. (All times ET.)

7:00 p.m.: The one-hour digital portion of the show kicks off on the CW livestream, where several awards will be given out before the main show.

7:12 p.m.: “The Wizard of Lies” wins Best TV Movies. The Critics’ Choice Awards had combined Best Limited Series and Best TV Movie into one category the past two ceremonies before splitting them up this year.

7:23 p.m.: Another upset! Mayim Bialik (“The Big Bang Theory”) wins her second Critics’ Choice Award for Best Comedy Supporting Actress. Like Goggins, she was also tied for last in our odds, with Jenifer Lewis (“Black-ish”) and Alessandra Mastronardi (“Master of None”). Betty Gilpin (“GLOW”), Alex Borstein (“The Marvelous Mrs. Maisel”) and Rita Moreno (“One Day at a Time”) were the favorites.

7:36 p.m.: Emmy champ Ann Dowd wins Best Drama Supporting Actress, giving “The Handmaid’s Tale” its first statuette of the night. “I used to be afraid of critics. Not so much anymore,” she deadpans.

7:41 p.m.: “Big Little Lies” picks up its first award of night for Best TV Movie/Limited Series Supporting Actor for Alexander Skarsgard. The mic is broken (?), or at least they didn’t raise it, so Skarsgard delivers his speech awkwardly crouched.

7:44 p.m.: Back-to-back wins for “Big Little Lies.” Laura Dern takes Best TV Movie/Limited Series Supporting Actress. The short mic is not a problem for Dern, who spends her speech highlighting the #TimesUp movement and the sisterhood of “Big Little Lies.” “I share this with you,” she says to her real-life pal and onscreen nemesis Reese Witherspoon.

8:16 p.m.: Sterling K. Brown‘s win streak continues. The Emmy and Golden Globe champ grabs Best Drama Actor honors for “This Is Us.” He won last year for “The People vs. O.J. Simpson: American Crime Story.” Brown notes that while his show is not “cool,” it’s got a lot of heart. “And in some dark times right now, it’s nice to have something that reminds us we’re all in this together,” he says.

8:26 p.m.: Elisabeth Moss‘ win streak also continues. “The Handmaid’s Tale” star adds a Critics’ Choice Award for Best Drama Actress to go along with her Emmy and Globe. “To the critics, you’ve embraced this show from the beginning and we’re largely here because of you,” she says.

8:34 p.m.: Rachel Brosnahan (“The Marvelous Mrs. Maisel”) backs up her Globe win with a Critics’ Choice Award for Best Comedy Actress. “To our marvelous — not sorry — cast and crew,” Brosnahan says. She closes her speech by urging viewers to donate to the #TimesUp fund. “I know we’re not all here in black tonight, but let’s not lose focus,” she says.

8:37 p.m.: The Critics’ Choice Awards is not The Bad Place! Ted Danson (“The Good Place”) wins Best Comedy Actor over our predicted winner Aziz Ansari (“Master of None”), ensuring that not all of the Globe winners will repeat here tonight. It’s also the first big award for “The Good Place,” which has cruelly been snubbed by the Emmys, Globes and SAGs so far. “I usually don’t support awards shows that pit actors against each other, but this is turning out great,” Danson quips.

8:45 p.m.: Best Drama Series goes to “The Handmaid’s Tale” as expected. The Emmy and Globe champ went 3-for-3 tonight and producer Elisabeth Moss takes home two trophies. “I’d like to thank the critics because they were the first people who saw the show and they didn’t hate it,” executive producer Bruce Miller says.

9:14 p.m.: And the sweep continues for Nicole Kidman. The “Big Little Lies” star earned Best TV Movie/Limited Series Actress. “I humbly accept this on behalf of the rest of the cast,” she says, paying tribute to her co-stars. Next up for Kidman: The SAG Awards, where she’s never won.

9:35 p.m.: “Big Little Lies” runs away with Best Limited Series, giving it its fourth win of the night — the most of any show tonight. It won the same awards at the Globes.

9:40 p.m.: And the final TV award of the night, Best Comedy Series, goes to Globe winner “The Marvelous Mrs. Maisel.” That means the Critics’ Choice Awards “copied” the Globe winners where they could 10 times, the exception being Best Comedy Actor. As expected, “Big Little Lies” topped the night with four wins, followed by “The Handmaid’s Tale” with three and “The Marvelous Mrs. Maisel” with two. And yes, “Feud: Bette and Joan” went 0-for-6.