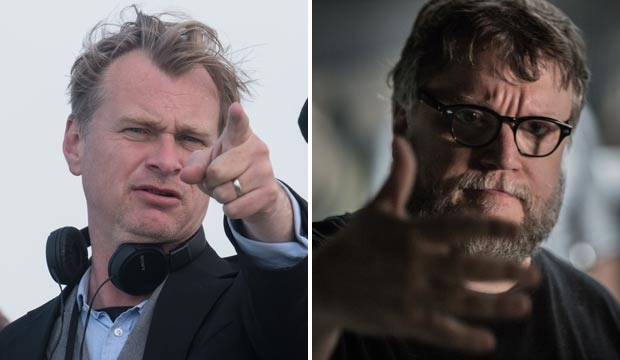 There are seven nominees for Best Director at the 2018 Critics’ Choice Awards, but even though other contenders have surged in the awards season Christopher Nolan (“Dunkirk”) holds onto his lead in the race for Best Director — at least according to our predictions as of this writing. So can he fend off a strong challenge from Guillermo Del Toro (“The Shape of Water”), who just won the Golden Globe and whose film has the most nominations this year (14)?

Nolan currently gets leading odds of 6/5 based on the combined forecasts of more than 1,300 users who have made their picks for Thursday night’s show. That includes support from four of the six Expert film journalists we’ve polled: Edward Douglas, Joyce Eng (Gold Derby), Tariq Khan (Fox News), and Peter Travers (Rolling Stone). One other Expert, Adnan Virk (ESPN), is predicting Del Toro, while our last Expert, Grae Drake (Rotten Tomatoes) thinks Luca Guadagnino (“Call Me by Your Name”) will upset.

Del Toro currently ranks second in our overall predictions with 21/10 odds, but watch those odds over the next two days. Following Del Toro’s Golden Globe victory and “Dunkirk’s” Globes shutout there could be a last-minute shift in momentum as we all scramble to adjust to the ever-changing awards landscape. Indeed, three out of five Gold Derby Editors who cover awards year-round are on the Del Toro bandwagon: Chris Beachum, Marcus James Dixon, and myself. Our other two Editors, Eng and Paul Sheehan, say it will be Nolan.

Will the winner of this race have the inside track on the way to Oscars? That’s more of a question mark. In the last 10 years, nine winners of this category have at least earned Oscar nominations — the exception was Ben Affleck (2012’s “Argo”) — and six of them have gone on to win Oscar, including last year’s champ Damien Chazelle (“La La Land”). But sometimes the year’s critical consensus doesn’t match what the industry thinks, as when David Fincher won for “The Social Network” (2010) and when Richard Linklater claimed the prize for “Boyhood” (2014).

So do you think Nolan or Del Toro will win this race? Or might we be underestimating one of their five rivals in this packed contest?