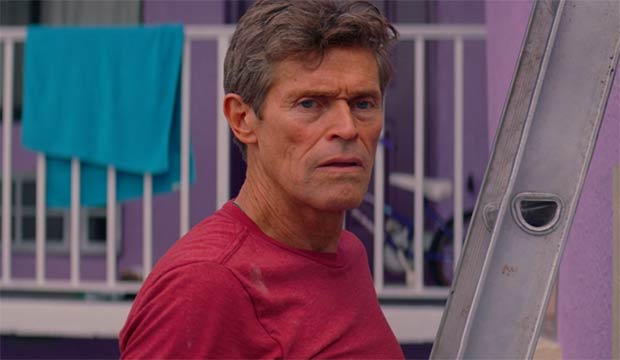 Willem Dafoe (“The Florida Project”) was the Golden Globe frontrunner for Best Film Supporting Actor but was upset by Sam Rockwell (“Three Billboards Outside Ebbing, Missouri”). However, Dafoe has been a critics’ favorite all season, winning awards from reviewers in Boston, Los Angeles, and New York, plus the National Society of Film Critics. That may bode well for Dafoe at the upcoming Critics’ Choice Awards on Thursday night, January 11, where we’re expecting him to get the better of Rockwell.

These prizes are decided by hundreds of critics who make up the Broadcast Film Critics Association, and as of this writing Dafoe gets leading odds of 8/15 to win. Those odds are based on the combined forecasts of more than 1,200 users who have entered their picks at Gold Derby, including six Expert film journalists we’ve polled and five Editors who cover awards year-round for Gold Derby. Our Experts all think that Dafoe will win: Edward Douglas, Grae Drake (Rotten Tomatoes), Joyce Eng (Gold Derby), Tariq Khan (Fox News), Peter Travers (Rolling Stone), and Adnan Virk (ESPN). Four Editors agree with that consensus: Chris Beachum, Eng, Paul Sheehan, and myself. Marcus James Dixon is an outlier predicting that Globe winner Rockwell will repeat here.

Rockwell is not far behind with 3/1 odds. “Three Billboards” seems to have an advantage in that it has twice as many Critics’ Choice nominations — six, compared to three for “The Florida Project.” But unlike the Golden Globes where Dafoe was “Florida’s” only nominee, both of these films also contend for Best Picture here. That means voters who especially love “Florida” might concentrate their support around Dafoe, while fans of “Three Billboards” have other options, like Frances McDormand‘s lead performance or Neal McDonagh‘s screenplay, both of which also won Golden Globes over the weekend.

So is this really a two-way race between Dafoe and Rockwell? And if so, which of them has the edge?