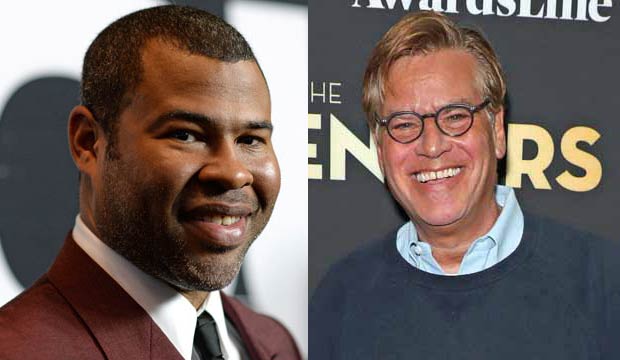 Like Davis last year, Peele is also nominated in the main race for Best Director at the guild. He competes in that category against Guillermo del Toro (“The Shape of Water”), Greta Gerwig (“Lady Bird”), Martin McDonagh (“Three Billboards Outside Ebbing, Missouri”) and Christopher Nolan (“Dunkirk”). Given “Get Out’s” strong showing at the PGA, SAG, WGA, Critics Choice and Golden Globes, the sketch-comedian-turned-horror-auteur is no doubt the default front-runner to win the First Time Director prize.

Peele is joined by Sorkin, the Oscar and Emmy-winning scribe behind “The Social Network” (2010) and “The West Wing,” who jumped into the director’s chair for the first time with “Molly’s Game.” The film also competes at WGA for Sorkin’s adapted screenplay and at PGA as one of the 11 best films of the year.

Sheridan received Oscar, Golden Globe, BAFTA, Critics Choice, and WGA nominations for writing “Hell or High Water” (2016) before helming the mystery thriller “Wind River.” He previously competed at the Writer’s Guild for penning “Sicario” (2015). Although Sheridan did direct the horror film “Vile” in 2007, that film was never given a theatrical release, thus he was eligible for this award.

Jasper competed for the Grand Jury Prize at Sundance for “Patti Cake$,” an outrageous comedy about an aspiring rapper in New Jersey. He is nominated at the Independent Spirit Awards for Best First Feature.

Oldroyd received BAFTA nominations for Best British Film and Best Debut by a British Writer, Director, or Producer for the period romance “Lady Macbeth.” He also contends at the Independent Spirit Awards for Best International Film.

Despite previously winning this race, neither Garland nor Davis were nominated at the Oscars for Best Director. Davis, in fact, was snubbed despite “Lion’s” six nomination haul, including Best Picture. Of the five, Peele seems likeliest to translate to the academy. Can Jasper, Oldroyd, Sheridan or Sorkin join him?