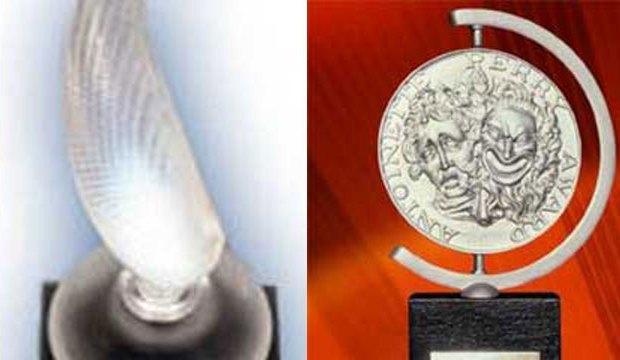 While the Drama Desk Awards nominate a slew of off-Broadway fare, almost all of the winners come from Broadway, even when there are only one or two of these bigger budget shows in the running in a race. That was once again the case on Sunday when 10 of the 12 of the winners in the play categories were Broadway productions. On the musical front, it was 14 for 16, with only the off-Broadway tuner “Desperate Measures” breaking through with wins for both lyrics and music. (Read the full report on the 2018 Drama Desk Awards and see the full list of Drama Desk Awards winners.)

What’s most disappointing about this continual shut-out of off-Broadway shows is that these kudos were created to do just the opposite. While the Tony Awards, which date back to 1947, celebrate the best of Broadway, the Drama Desk kudos were begun in 1955 to celebrate the rest of the New York theater world. And for the first 14 years they did just that with winners coming exclusively from the burgeoning off-Broadway scene.

However, beginning with the 15th festivities in 1968, those appearing on Broadway became eligible for consideration. For the next five years, long lists of outstanding performances both on and off-Broadway were named as the year’s best.

When the awards turned 21 in 1975, they began naming nominees before announcing the eventual winners. Since then, these nominees have tended to be those who would go to compete at the Tonys, leaving the off-Broadway contenders in the wings. Indeed, in 1975 three of the four lead-acting winners at the Drama Desk took home Tonys too: Angela Lansbury (“Gypsy”), Ellen Burstyn (“Same Time Next Year”), and John Cullum (“Shenandoah”).

While a performer from an off-Broadway show will still win the occasional Drama Desk award — as did Christine Ebersole in 2006 for the original run of “Grey Gardens” and Linda Lavin in 2008 for “The New Century”– the proceedings are now little more than a dress rehearsal for the Tony Awards. The rare exception was three years ago when “Hamilton” swept the Drama Desk Awards two months before it transferred to Broadway.

Be sure to make your Tony predictions today so that Broadway insiders can see how their shows and performers are faring in our odds. You can keep changing your predictions as often as you like until just before nominees are announced on June 10. And join in the fun debate over the 2018 Tonys taking place right now with Hollywood insiders in our theater forums. Read more Gold Derby entertainment news.