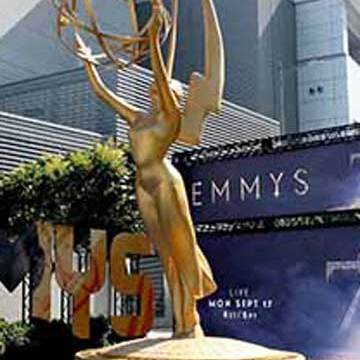 Let’s face it: the real reason to watch the Emmys every year is to see what everyone’s wearing on the red carpet. Which stars showed up at the 70th Annual Emmy Awards on September 17 dressed in their very best, and which ones committed serious crimes against the fashion police? Tour our photo gallery above to find out who made the cut.

Not every nominee was a winner when it came to their wardrobe choices. For every flowing gown and sharp-fitting tux, there was an oddball outfit that made us do a double-take. Still, gotta give them credit for catching our eye, even if it was in disbelief.

SEE how our forum posters reacted to the Emmy awards.

How did your favorites fare? Click through our gallery above to see the best and worst dressed at the 2018 Emmys, which were held at the Microsoft Theater in downtown Los Angeles and hosted for the first time by Michael Che and Colin Jost.

Keep checking back throughout the live red carpet coverage for more additions to the gallery.