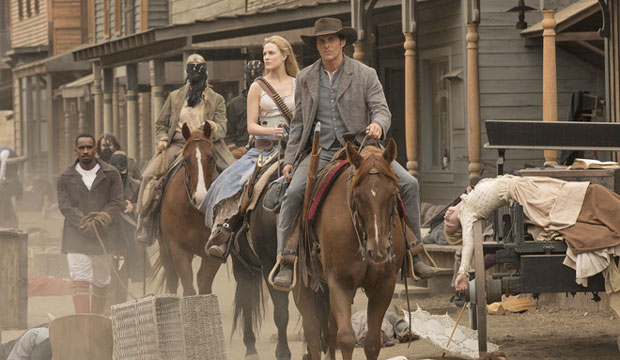 The Emmy eligibility period runs from June 1 through May 31 each year, meaning this Thursday is the last day to qualify for the 2018 Emmys. However, special exceptions are allowed for “hanging episodes.” If a show like “Westworld” or “The Handmaid’s Tale” aired the bulk of its episodes in the current eligibility period, those released in June before the first round of voting are still considered part of the Emmy cycle (see more examples below). This loophole is how notable episodes like “The Sopranos” series finale or “Mother’s Mercy” from “Game of Thrones” were able to qualify for — and win — Emmys despite airing in June after the cutoff date.

SEE‘Game of Thrones’ will rule 2018 Emmys with the most nominations, say 59% of readers [POLL RESULTS]

There’s a major benefit to airing episodes in April, May and June, as they tend to remain fresh in voters’ minds as they go to mark their ballots. That’s why every season so many of Emmy’s favorite shows debut toward the end of the eligibility period. Here’s how hanging episodes are defined in the Emmys rulebook:

If an ongoing series has enough episodes in the current eligibility year to qualify as a series and has one or more episodes that are part of the series season, included the season/series finale, that fall into the subsequent eligibility year, the ‘hanging episodes’ that are in a contiguous rollout on the same distribution platform join in eligibility the already-qualified-as-eligible episodes of the series, as long as the hanging episodes air prior to the first round voting deadline.

With a little help from our forum posters, here’s a list of some of the TV shows that will air Emmy-eligible episodes in June. Note that “Westworld” still has four episodes that qualify, while “The Handmaid’s Tale” has three hanging entries for this cycle (episodes 8, 9, 10) and an additional trio (episodes 11, 12, 13) that will not stream in time to be eligible for the 2018 Emmys.