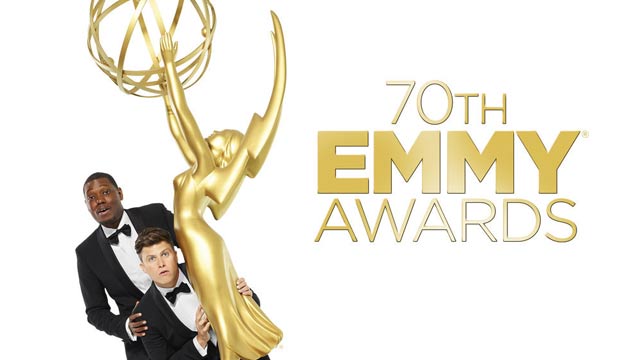 Our witty, opinionated and occasionally downright ruthless forum posters held nothing back when reacting to the 70th annual Primetime Emmy Awards Monday night. This year’s Emmys ceremony had many cheering and others outraged when it came to the night’s big winners and losers. What were the most shocking upsets of the night? Which winners were most worthy? Which losses left people fuming? And how did Michael Che and Colin Jost fare as hosts?

Our forum posters, many of whom are Hollywood insiders who hide their identities behind screen names, were busy commenting on these top TV honors. As you can see from just a sample of their comments below, they hold nothing back when reacting to this ceremony that aired live coast-to-coast on NBC.

While some readers cheered a win, others were outraged that a rival nominee lost. And they certainly weighed in on Che and Jost. Che is a three-time nominee while Jost has received 10 nominations for their writing efforts on “Saturday Night Live.” What did you think were the best and worst moments of the night? See if someone in our forums agrees with your opinion about the most worthy winners and the most shocking upsets as well as the overall quality of the telecast.

Below is just a sampling of the praise and shade that went down in Gold Derby’s fun and feisty TV forums. Join the discussion and share your opinion.

Gregory Leblanc-Delisle: “YES ‘GAME OF THRONES’ TAKE THAT ‘THE CROWN.'”

Nathan Romberg: “Wait, how did this happen? You’re supposed to be smarter than this, GoldDerby members!”

Zooey the Dreamer: “F you, Emmy’s. This is AWFUL.”

Tyler: “Wow, Netflix really thought they had it there for a second.”

Teridax: “Yes! ‘The Marvelous Mrs. Maisel’ won! Such a hilarious and worthy winner, well done to Amazon on getting their first major Series win. Poor Netflix. Amy Sherman-Palladino won 4 Emmys in a single year, great for her!”

Pulp: “‘Atlanta’ deserves so much better.”

Guest 2018: “Worst comedy series winner in 35 years, when the final season of ‘MASH’ lost to ‘Cheers.’ Not even the choices of ‘Veep’ or ‘Modern Family’ can top this nightmare. Only thing missing is Freddie Krueger.”

Luca Giliberti: “Versace saves the night again for me. Absolutely deserving winner and an important show for the LGBTQ+ community. Way to go!”

Sasha: “Of course they had to ruin it with SNL winning…ugh.”

Gucci: “Get it, RuPaul! Finally beat ‘The Voice.'”

LaChienne: “Claire, Thandie, Matthew…Is this really the Emmys?? Am I dreaming???”

Gregory Leblanc-Delisle: “A boring choice for Claire Foy. For me it’s my least favorite Emmy in years.”

ethanqd: “THANK GOD it wasn’t Moss, this really was Foy, Oh or Russell’s Emmy and I am living for the upset wins.”

AayaanUpadhyaya: “OH MY GOD THESE ARE MY FAVORITE EMMYS. I AM CRYING. YES MATTHEW RHYS. YES. YEEEES.”

OUTSTANDING DIRECTING FOR A DRAMA SERIES: “THE CROWN”

Marcus Snowden: “I love that the Television Academy is spreading the wealth this year. It makes for an exciting Emmys.”

OUTSTANDING WRITING FOR A DRAMA SERIES: “THE AMERICANS”

Marcus Snowden: “‘START’ wins! I’m so glad I kept them in my #1 spot. I had SERIOUS doubts, but I stuck to my guns and it worked.”

Ivo Stoyanov: “Yeah!!!!!! I am so happy, I do not care about anything else, the most deserved award of the last decade!!!”

DonnaLyaman: “A year late but I was rooting for you Thandie!”

Sasha: “Thandie Newton has got Mendelsohned! Knew it! You cannot make this s*** up! Bring it on Emmys! Be as useless and f***** up as you have always been!”

Teridax: “F*** SAG. F*** everyone who talked me into switching to Harbour. ‘Game of Thrones’ is so winning Drama Series. Dinklage EARNED THIS ON MERIT!”

Zooey the Dreamer: “The Emmys should move to cable. The networks just can’t handle an awards show. This is absolutely awful. Don’t get me started on Dinklage. Totally boring, Emmy voters.

AayaanUpadhyaya: “Amazing to have Aretha singing the in memorium. There really won’t be another her.”

Atypical: “The use of ‘Amazing Grace’ is superb.”

Fade: “When I think of the American television industry, I think John McCain.”

OUTSTANDING DIRECTING IN A VARIETY SPECIAL: GLENN WEISS, “THE OSCARS”

JGibson: “Oscars won directing again? BUT I LOVED THE PROPOSAL.”

Nathan Romberg: “The Oscars winning an Emmy and Glenn Weiss proposing to his future wife…wow!”

Tyler: “Oh my God, one of the ceremony’s most forgettable awards just became the most memorable moment of the night.”

OUTSTANDING LEAD ACTOR IN A LIMITED SERIES OR MOVIE: DARREN CRISS, “THE ASSASSINATION OF GIANNI VERSACI”

Pulp: “Thank f****** God. I’ll now be a Criss fan for life because he prevented Cumberbatch from winning.”

Teridax: “Amazing speech by Darren Criss! My favorite winner of the night so far, who I predicted no less!

Fade: “This proves once and for all that Regina King can win without a single person watching her show, and Laura Dern can’t. King for Best Supporting Actress at the Oscars 2019.”

forwardswill: “Booooo Dockery should have won.”

Atypical: “And now I have to finish ‘Godless,’ sigh.”

forwardswill: “So happy to be wrong about Daniels and Wever.”

Eden: “Wow, so there was vote-splitting between Cruz and Light?”

Sam H: “I already want to stop watching. Gosh I’m so sad for Judith Light. WHAT THE HELL WOULD IT TAKE FOR THIS WOMAN TO BE RECOGNIZED?”

Zooey the Dreamer: “Well, my 500 choice paid off. And it’s a great win. And write whatever you like, I adore the episode but Glover simply isn’t a great actor. Upon Hader’s win, I cried so loudly, I forgot it’s 3:40 AM here. Well, sorry neighbors.”

Chris: “Presenters really should learn how to pronounce the f****** names of the nominees. Geez”

Luca Giliberti: “I should have kept Borstein in #1, ugh.”

Teridax: “Goddammit I had Alex Borstein but switched like an idiot to Kate McKinnon! Damn you Riley!”

Teridax: “I royally screwed up by predicting Henry over Winkler in the end. Damn that confusing Kat Williams win!!!!”

Hunter-ish: “Is NBC patting itself on the back enough?”

Lord Freddy Blackfyre: “This opening is too damn long.”