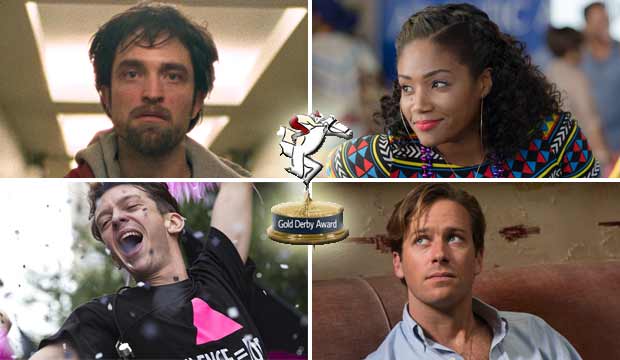 Nominations voting closes for the 2018 Gold Derby Film Awards on Sunday night, January 28, at 11:59pm Eastern Time, so time’s running out if you think you know better than the motion picture academy that just announced their Oscar nominations on January 23. You could avenge some of the academy’s most egregious snubs and right some unforgivable wrongs.

Gold Derby’s winners often match the Oscar favorites, but our voters have gone their own way for Best Picture for the last three years in a row, honoring “Boyhood” over “Birdman” (2014), “Mad Max: Fury Road” over “Spotlight” (2015), and “La La Land” over “Moonlight” (2016) — though that last time most of us thought “La La Land” would end up being the Oscars’ pick too.

Last year Gold Derby picked the same directing, acting and writing winners as the academy, but some of our nominees were markedly different. Our users stood up for performances by Amy Adams (“Arrival”), Annette Bening (“20th Century Women”), Janelle Monae (“Hidden Figures“), Molly Shannon (“Other People”) and John Goodman (“10 Cloverfield Lane”). We celebrated the superhero film “Deadpool” with a writing nomination a year before the Oscars got with the program with “Logan.” And we bestowed Best Picture nominations to “Jackie,” “Nocturnal Animals,” “Silence” and “Zootopia” after they were skunked by the academy. Who do you think deserves that kind of redemption this year?

We’ve already had about 2,000 users vote for their favorite achievements. If you’d like to join them, visit our predictions center. Then scroll down to “Gold Derby Film Awards Nominations 2018” and click the green box to the right that says “VOTE” to enter your picks in as many or as few categories as you like. Select your top three favorites in each category, arranged in order of preference. Your number-one choice will get three points, your number-two choice gets two points, and your number-three choice gets one point. The top five scorers in each category will be the final nominees.

There’s one exception: Best Picture. There will be 10 nominees in that category, so you can vote for your top five favorites, with five points going to your number-one choice down to one point for your fifth-place choice.

We know you’ve been busily catching up with the awards contenders this month, so if you’ve already submitted a ballot, don’t worry — you can keep changing it as often as your heart desires. Votes won’t become final until the moment the nominations event closes on Sunday night, so don’t hesitate to rearrange.

Be sure to vote for the 2018 Gold Derby Film Awards. Weigh in now with your picks to help us choose the best of the best. You can keep changing your votes right up until 11:59 p.m. ET on January 28. And join in the fierce debate over the Oscars taking place right now with Hollywood insiders in our forums.