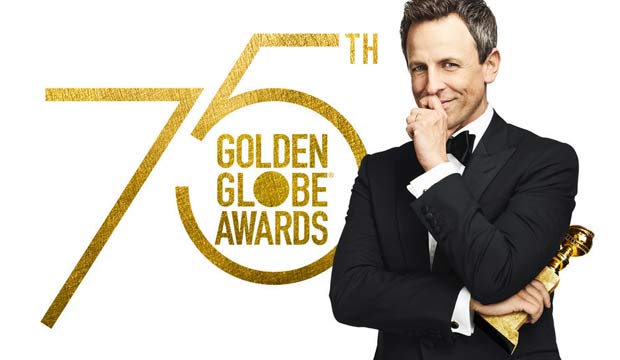 Seth Meyers (“Late Night”) hosts the 75th annual edition of the Golden Globes live on NBC beginning at 5 p.m. PT/8 p.m. ET on Sunday, January 7. The three-hour ceremony is slated to be packed with a slew of past Golden Globe winners and nominees as well as some of the current contenders

Among those scheduled to take to the stage of the International Ballroom at the Beverly Hilton are one-time champ Jennifer Aniston and three-time winner Angelina Jolie. But don’t look for these two exes of Brad Pitt to present together.

Past nominees who will finally make it to the podium, albeit just to read out the name of someone else as a Golden Globes winner include: Penelope Cruz (3 nominations), Neil Patrick Harris (4), Salma Hayek (1), Allison Janney (6) Edgar Ramirez (1), Susan Sarandon (9), Keith Urban (1), Alicia Vikander (2) and Kerry Washington (2). Current nominees Mariah Carey and Greta Gerwig are also set to speak at least once.

Producers have not yet revealed who will present the tribute to Oprah Winfrey, the 2018 recipient of the honorary Cecil B. DeMille Award but it is said to be Barbra Streisand.