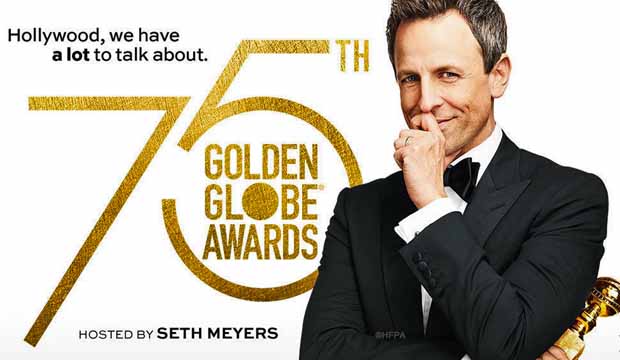 Gold Derby is already backstage before Sunday’s Golden Globes 2018, and we can now reveal the complete ceremony rundown. The list below gives you the full order when every category will be announced and all presenters for the show. Seth Meyers hosts the 75th annual Golden Globes ceremony on NBC at 5:00 p.m. PT; 8:00 p.m. ET. Oprah Winfrey will be receiving the Cecil B. DeMille life achievement award. Simone Garcia Johnson, daughter of Dwayne Johnson, is set to present the trophies on stage as the 2018 Golden Globes Ambassador.

SEE2018 Golden Globes: All the nominees in the 14 film and 11 TV categories

SEE Golden Globes film slugfest: Editors are losing sleep over ‘The Post’ vs. ‘The Shape of Water’ vs. ‘Three Billboards’ & more [WATCH]

“The Shape of Water” clip — presented by Octavia Spencer

“Get Out” clip — presented by Halle Berry

“Call Me by Your Name” clip — presented by Dakota Johnson