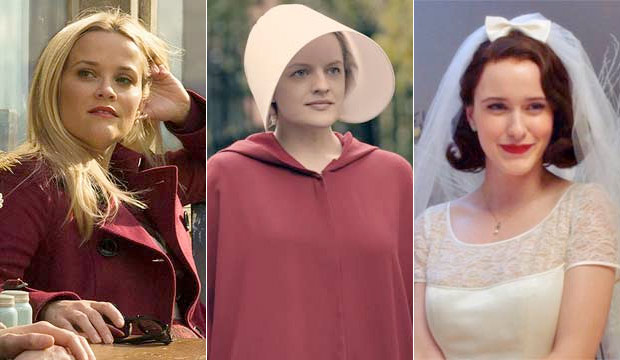 Do you need to catch up on the TV shows that won at Sunday‘s Golden Globes. Check out our handy streaming guide to the six shows that took home awards at the 75th annual edition of this shindig put on by the Hollywood Foreign Press Assn. (See the complete list of winners, including in the 14 film races.)

Leading the list is the HBO limited series “Big Little Lies,” which won a whopping four of the 11 Golden Globes handed out on the TV side. Amazon and Hulu nabbed two apiece for freshman series “The Marvelous Mrs. Maisel” and “The Handmaid’s Tale.” One-time winners were the FX crime drama “Fargo,” NBC’s family drama “This Is Us” and the Netflix comedy “Master of None.”

SEE 2018 Golden Globes: Where to stream nominated movies including ‘Dunkirk,’ ‘Get Out’ …