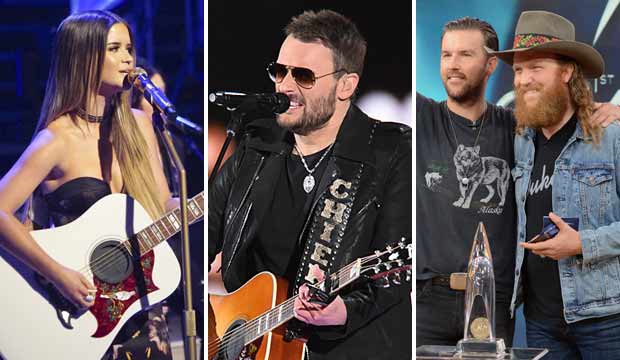 More performers have been announced for the upcoming Grammy telecast on Sunday, January 28. Country musicians Maren Morris, Eric Church, and Brothers Osborne will take the stage in a special tribute to the victims of violence at concerts in the past year. Those three artists all took part in 2017’s Route 91 Harvest Festival in Las Vegas, where 58 concertgoers were killed by a gunman.

Recording academy president Neil Portnow said in a statement, “Live music events have always provided a safe space for fans to gather in a shared celebration of music. Sadly, that wasn’t always the case this past year. We believe it’s incredibly important to pay tribute to those who lost their lives in these senseless tragedies and to remind musicians and music lovers alike that live music will continue to be a powerful force that unites us all.”