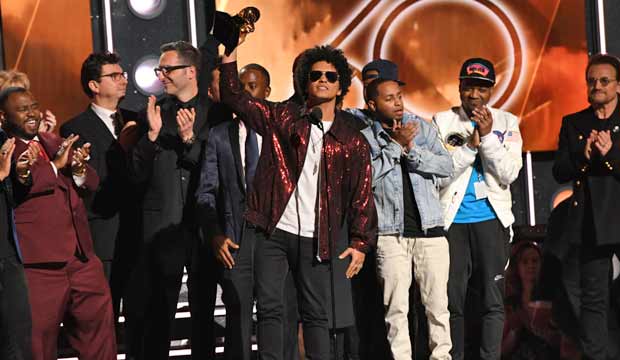 Our forum posters are brutally honest. That was evidenced on the 60th anniversary of the Grammy Awards: our outspoken regulars were ready to dish out some generous praise, but also some harsh truths. Posts spanned the emotional gamut from one saying “I’ll never watch the Grammys again” in response to Bruno Mars‘s shocking sweep to proclaiming that Best New Artist winner Alessia Cara “slays.”

Take a look below for some of the best praise and shade from our forums. Read more and have your say here. And make sure to check out the complete list of winners in over 80 categories.

JGibson: I mean, Bruno wasn’t even that big this year. He had better peaks. Come on.

EmmyWinner: I am GLAD “Despacito” was shut out! THANK GOD!

KaRol: As I predicted, Bruno. IMO this is one of the weakest SOTY winners in history.

PoweR: Alessia Cara giving a hipster speech at the end. Preferred SZA, but good for Alessia!

SEEGrammys 2018: Did you love or hate James Corden as host for the 2nd year in a row? [POLL]

janbryan: Kesha or Gaga should have won!!!

BenitoDelicias: LOL at Ed Sheeran being so hurt over his lack of nominations. So embarrassing and ridiculous.

Oscar Rodriguez: Kendrick has won all of his nominations, but I’m scared that, if he wins Rap Album, Jay-Z could upset in AOTY.

Chris Gavin: Happy for Kendrick/Rihanna but SZA would’ve been the most deserving winner.

cnmem10: Chris swept the country awards. Good for him.

BEST COMEDY ALBUM: “The Age of Spin & Deep in the Heart of Texas,” Dave Chappelle

M: [Presenter] Trevor Noah is lame … Taking a jab at Adele? Sit down!

Xtina: Get it, Dave Chappelle!