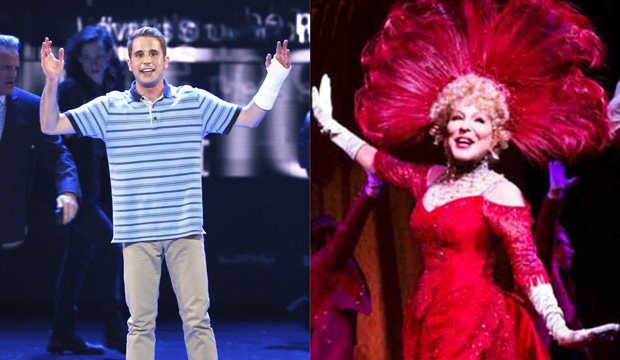 But “Hello, Dolly!” is in a decent position to upset in second place with odds of 11/1. What really gives “Hello, Dolly!” a possible competitive edge is the name that appears above the marquee: Midler. Grammy voters love well-known artists. Three times when the Best Musical Tony winner did not win the Grammy, the recording academy’s champ was associated with an artist or a band that the Grammys respected and had awarded previously. In 2000 “Elton John and Tim Rice’s Aida” was snubbed by the Tonys for Best Musical, but later took home the Grammy. In 2010 “Memphis” took home the Tony, but the Grammys preferred Green Day‘s “American Idiot.” And in 2014 the Tonys preferred “A Gentleman’s Guide to Love and Murder” while the Grammys went with “Beautiful: The Carole King Musical.”

And the Grammys especially love powerhouse female vocalists. “Gypsy” took home the Grammy in 2004 after losing Best Musical Revival the previous year at the Tonys thanks in no small part part to the star-power of Bernadette Peters. And later “The Color Purple” followed its 2016 Tony win for Musical Revival with a Grammy last year with help from three divas: Cynthia Erivo, Danielle Brooks and Jennifer Hudson.

Midler fits this mold perfectly with her impressive resume. She’s a 12-time Grammy nominee and three-time winner: Best New Artist (1974), Best Female Pop Vocal Performance for “The Rose” (1981) and Record of the Year for “Wind Beneath My Wings” (1990). On top of that she’s also a three-time Emmy winner, four-time Golden Globe winner, and a two-time Oscar nominee. Add in the fact that it’s been 28 years since Midler last won a Grammy, and this opportunity could be too tempting for the recording academy to pass up.