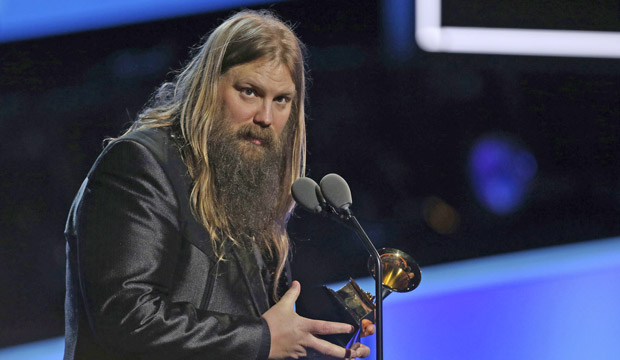 Winners of the 2018 Grammys were announced January 28 on CBS at Madison Square Garden, and country fans nationwide were excited to see Chris Stapleton steamroll over the competition to pick up three awards in the country field. Stapleton bested Grammy darling Taylor Swift (“Better Man”) by winning the songwriting award for Best Country Song for “Broken Halos,” but which other artists did he beat out? See our 2018 Grammys roundup below for all of this year’s country music awards.

Stapleton took home Best Country Album for “From a Room: Volume 1,” Best Country Solo Performance for “Either Way” and Best Country Song for “Broken Halos” along with co-writer Mike Henderson. The only country Grammy he didn’t take home was the one he wasn’t eligible for, as Best Country Duo/Group Performance went to Little Big Town for “Better Man.”

SEE 2018 Grammys online: How to watch Grammy Awards live stream without a TV

The Grammy Awards are decided by the approximately 13,000 voting members of the recording academy. Two years ago Stapleton won Grammys for Best Country Album and Best Country Solo Performance for “Traveller,” but ended up losing Album of the Year to, you guessed it, Swift for her pop-country megahit “1989.” Here’s a closer look at this year’s four country field Grammys categories.