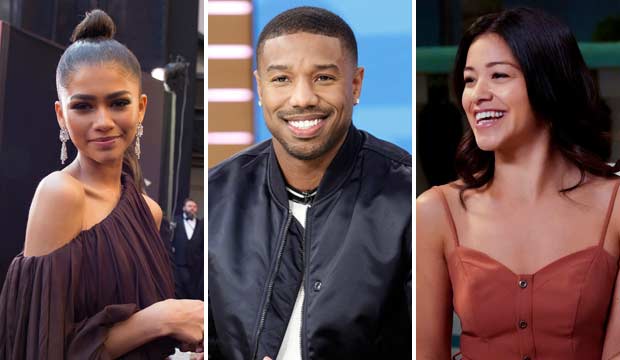 The 2018 MTV Movie and TV Awards have announced the first round of presenters who will hand out prizes at the 27th annual event on June 18: Michael B. Jordan, Seth Rogen, Kristen Bell, Mila Kunis, Zendaya, Gina Rodriguez and Common. More celebs will be added to the lineup at a later date.

Jordan is a nominee this year for Best Villain for his role as Erik Killmonger in the Marvel blockbuster “Black Panther,” which is the most nominated film at this year’s awards with seven bids including Best Movie. This is his third nomination at these awards, following his Breakthrough Performance bid for “Fruitvale Station” in 2014 and his Best Male Performance nom for “Creed” in 2016. That means all of his nominations have come from collaborations with director Ryan Coogler. But Jordan has yet to win.

Rogen and Bell will appear together in the upcoming comedy “Like Father,” and they have both been recognized by these awards in the past. Bell has been nominated twice: Best WTF Moment for “Forgetting Sarah Marshall” in 2009 and Favorite Character for the “Veronica Mars” movie in 2014. Meanwhile Rogen has amassed 12 nominations over the last 12 years, winning Best Musical Moment for “This is the End” in 2014 and Best WTF Moment for “Neighbors” in 2015.

Kunis has been nominated four times by MTV, winning Best Villain in 2014 for “Oz the Great and Powerful.” She will next be seen in the comedy “The Spy Who Dumped Me” opposite Kate McKinnon and “Outlander” heartthrob Sam Heughan.

Zendaya and Rodriguez voice roles in the animated film “Smallfoot,” which opens this September. She has yet to be nominated for an MTV Movie and TV Award despite recent roles in “The Greatest Showman” and “Spider-Man: Homecoming.” But Rodriguez has been nominated twice for “Jane the Virgin,” including a bid this year for Best Kiss with Justin Baldoni.

Common has also never been nominated for an MTV Movie and TV Award, though he has contended six times at MTV’s Video Music Awards. Also, he has won an Oscar, an Emmy and three Grammys — it’s no Golden Popcorn, but it’ll have to do.

Who are you most excited to see at the ceremony? They will be held at the Barker Hangar in Los Angeles, California, and will be hosted by comedian and actress Tiffany Haddish.

MAKE YOUR PREDICTION: Who will win Best Movie?
To save your prediction, you must log in to Gold Derby. Click here to sign in with existing account -- or create a new one.
PREDICTthe MTV Movie and TV Awards now; change them until June 18