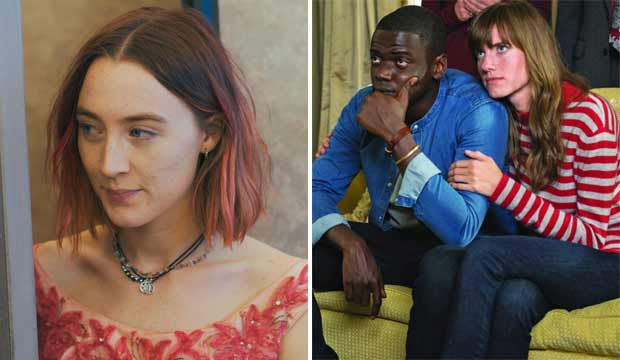 Unlike most critics groups, the National Society of Film Critics discloses the results of voting. Forty-four of the 59 members of the society cast ballots today with 17 in attendance at Lincoln Center and another 11 joining in via Skype from cities nationwide. In addition, 16 members voted by proxy but their votes only count in races that were decided on the first ballot. (Read the full report on the winners of the 2018 National Society of Film Critics Awards.)

We know that “Lady Bird” barely won Best Picture over “Get Out,” which has taken the top prize from a leading nine of the 25 other critics groups to date. Likewise, Gerwig only nabbed the directing and screenwriting awards by one vote over “Get Out” writer/director Jordan Peele.

Below: The complete list of winners, including the voting scores for each award (note how one-sided some of the contests were).

Best Supporting Actor
Willem Dafoe, “The Florida Project” (62)
Runners-up
Michael Stuhlbarg, “Call Me By Your Name,” “The Shape of Water” and “The Post” (25)
Sam Rockwell, “Three Billboards Outside Ebbing, Missouri” (23)