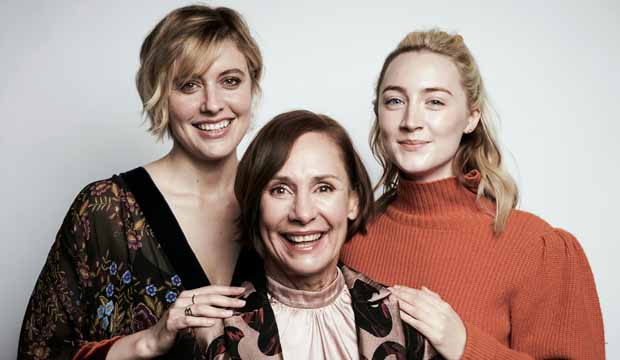 “Lady Bird” dominated the National Society of Film Critics on Saturday (Jan. 6), winning four awards including Best Picture. Rookie solo helmer Greta Gerwig won both the directing and screenplay awards for her intensely personal character study. And Oscar frontrunner Laurie Metcalf claimed another Supporting Actress award for her heartbreaking performance as a mother struggling to connect with her teenage daughter.

The National Society is that rarity among critics groups in that it discloses the results of voting. We know that “Lady Bird” barely won Best Picture over “Get Out,” which has taken the top prize from a leading nine of the 25 other critics groups to date. Likewise, Gerwig only nabbed the directing and screenwriting awards by one vote over “Get Out” writer/director Jordan Peele. (See the full results including the vote counts.)

“Get Out” leading man Daniel Kaluuya won the Best Actor prize. Oscar frontrunner Gary Oldman (“Darkest Hour”) did not even figuring in the voting, with Daniel Day-Lewis (“Phantom Thread”) and Timothee Chalamet (“Call Me By Your Name”) in second and third place respectively.

As with Metcalfe, Supporting Actor winner Willem Dafoe (“The Florida Project”) has dominated the regional awards. He had almost three times the vote of his nearest Oscar rival, Sam Rockwell (“Three Billboards Outside Ebbing, Missouri”).

For almost half a century, the National Society, which was founded in 1966, rarely previewed the Oscar winner for Best Picture, doing so only five times in 49 years. Then in 2016, it foreshadowed the two Oscar wins for “Spotlight”: Best Picture and Best Screenplay. Last year, it went all in for “Moonlight” over Oscar rival “La La Land” naming it Best Picture, and awarding prizes to director Barry Jenkins, supporting actor (Mahershala Ali ) and lenser James Laxton.