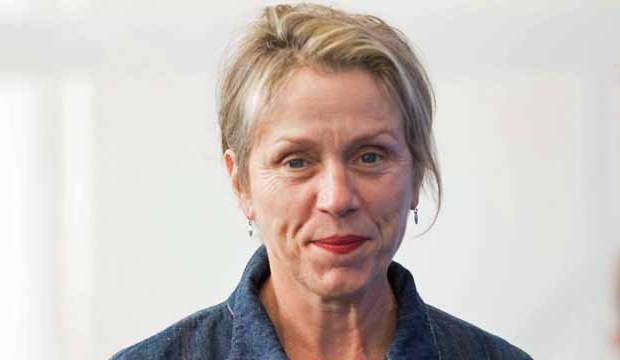 Frances McDormand (“Three Billboards Outside Ebbing, Missouri”) solidified her lead in the Oscar race for Best Actress with her win at the Golden Globes on Sunday. As of this writing, McDormand has the backing of a whopping 19 of our 29 Oscar experts who are drawn from major media (see their individual rankings). Her closest challenger is Saoirse Ronan, who won a Golden Globe on the comedy side for “Lady Bird”; she is the choice of six of our experts. One-time frontrunner Sally Hawkins, who is piling up critics awards for her performance in “The Shape of Water,” still has four votes.

McDormand headlines Martin McDonagh‘s character study, which won the audience award at the Toronto film festival. She plays a grieving mother who tries to shame the local police chief (Woody Harrelson) into investigating the murder of her daughter. McDonagh, a Tony-nominated playwright, won the Best Live Action Short Oscar in 2004 for “Six Shooter.” She numbers just a single Best Actress bid among her four Oscar nominations but it was the one that proved to be the winner (“Fargo,” 1996).

Ronan, who lost her Oscar bids for “Atonement” (2007) and “Brooklyn” (2015), could have the edge here. Remember, the Best Actress Oscar is usually awarded to an ingenue, unlike the Best Actor prize which is typically taken by a veteran. Indeed, a whopping 32 of the 89 Best Actress winners were in their 20s when they picked up their prizes, including last year’s winner Emma Stone (“La La Land”).