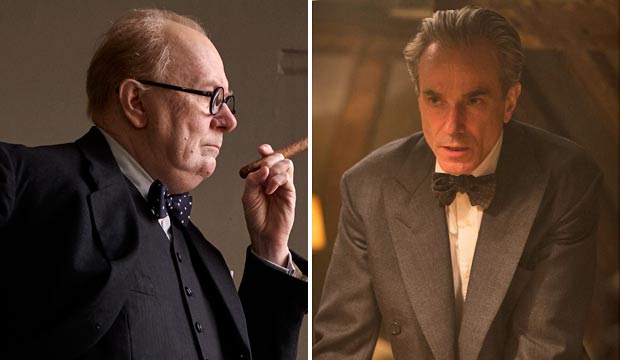 Gary Oldman (“Darkest Hour”) was probably starting to think he was safe, sweeping Best Actor prizes at the Golden Globes, Critics’ Choice Awards, and SAG Awards against that whippersnapper Timothee Chalamet (“Call Me by Your Name”). It turns out Oldman faces another threat, who should have the front-runner quaking in his boots: Daniel Day-Lewis (“Phantom Thread”). Day-Lewis has already won three Oscars out of five past nominations, and his film just picked up a slew of surprise nominations. Is this race closer than we thought? Check out the complete list of Oscar nominations here.

Despite his youth, 22-year-old Chalamet seemed like a strong Best Actor contender earlier this season when “Call Me by Your Name” was surging as a Best Picture hopeful. But that film started under-performing in the nominations at various events like the Golden Globes, SAG Awards, and BAFTAs. It ended up with a respectable four Oscar nominations, including Best Picture. But “Phantom Thread” exploded with six.

In addition to the noms we were expecting for Best Actor (Day-Lewis), Best Costume Design, and Best Score, the film received bids for Best Picture, Best Director (Paul Thomas Anderson), and Best Supporting Actress (Lesley Manville). That’s a big deal because it’s not just the actors branch of the academy that will be voting for acting prizes. The entire membership gets to vote for every award, so the widespread support for the film can only help Day-Lewis.

And of course this may be Day-Lewis’s last film. He announced his intention to retire from acting after this role, so unless he changes his mind down the line this will be the academy’s last chance to honor him. It may be tempting to send him off with a fourth Oscar, which would tie Katharine Hepburn‘s all-time record for actors. Should Oldman be worried?