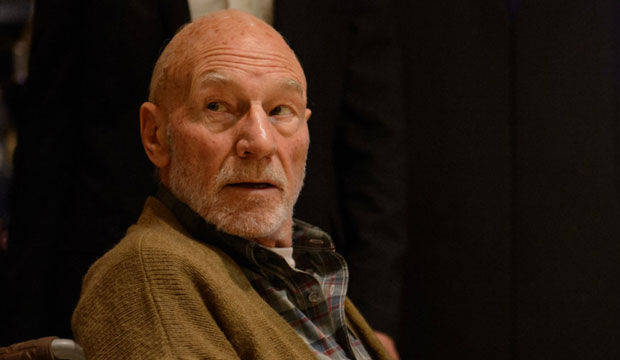 We previously asked readers which actress they thought would score the most shocking Oscar nomination. A performer who may have garnered early critical support but saw their Oscar hopes dimmed when industry groups forgot about them. And now it’s time to look at which men in the race could pull off a similar feat.

Past examples of men who defied the odds include Tommy Lee Jones (“In the Valley of Elah”), virtually absent from awards chatter, with only a couple small critics groups nominating him. Somehow he muscled his way to a surprise Best Actor Oscar nomination. Industry groups like SAG and BAFTA have similarly ignored plenty of strong performances this year. Take a look at five such actors and vote in our poll below to let us know which actor you think will be this year’s most shocking nomination.

Jake Gyllenhaal, “Stronger” – Given his diverse career, most people probably think Jake Gyllenhaal has a half dozen Oscar nominations by now. But The Academy has not invited him to the party since “Brokeback Mountain.” He will try again once more with his portrayal of real-life Boston bombing survivor in “Stronger.” He showed up at Critics Choice but was then shunned by SAG, BAFTA, and the Globes. Will his Oscar misfortunes continue, or will fans finally be able to rejoice?

Robert Pattinson, “Good Time” – Robert Pattinson demonstrated a complete about face from his “Twilight” character with a gritty performance as a bank robber  in “Good Time.” Several critics groups took notice of Pattinson’s ability to shed his standard image, and he was nominated at the Gothams and Independent Spirit Awards. This new chapter of Pattinson’s career looks like it will get him invited to the Oscars at some point. “Good Time” might be what puts him on the Academy’s radar.

Harry Dean Stanton, “Lucky” – The respected “in the trenches” character actor Harry Dean Stanton sadly passed away last year. But not before filming the beautiful swan song “Lucky,” a film inspired by his life, directed by friend John Carroll Lynch and co-starring frequent collaborator David Lynch. Stanton was nominated at the Gotham and Satellite awards, but has not registered since. But such a glorious send-off that even A-list celebs rarely receive should be catnip to the actors branch. Provided they actually watch it.

Patrick Stewart, “Logan” – “Logan” marked Sir Patrick Stewart’s sixth appearance as Charles Xavier, and he saved the best for last. The character driven film provides Stewart a haunting monologue near the film’s conclusion which lead to Supporting Actor nominations from Critics Choice and a slew of regional critics groups. Since this beloved thespian has never been Oscar nominated and “Logan” garnered a surprise WGA nom, will the Academy finally pay attention?

Michael Stuhlbarg, “Call me by Your Name” – It might seem crazy to list Michael Stuhlbarg as a shocking nominee. He is featured in three likely Best Picture nominees, and in “Call me by Your Name” he delivers one of the most gut wrenching monologues of the year. But this assumed safe bet has just the Critics Choice as his only major nomination. The Golden Globes, SAG, and even Gotham awards shunned Stuhlbarg. Competition with his co-star Armie Hammer is probably to blame, but will the Academy really forget about one of this year’s MVPs?